25% Of Public Relies On The Network Telling The Most Lies 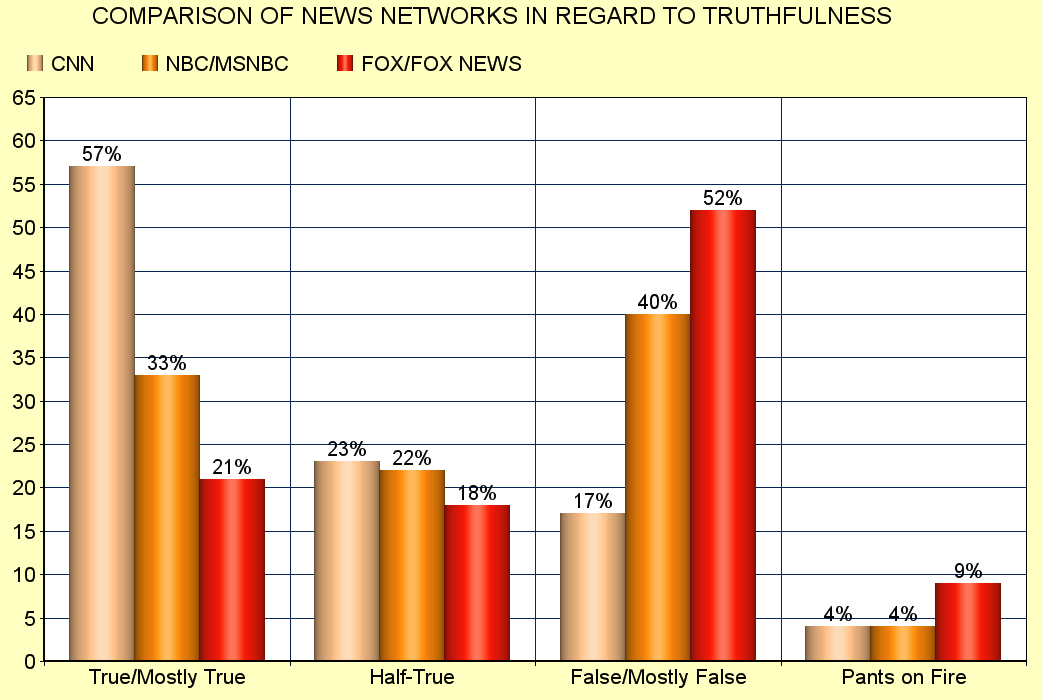 Politifact.com has updated their information regarding how truthful the pundits featured on the cable news networks were. Their latest figures are for the month of September of 2014. They examined the claims made by each networks pundits, and rated them as true, mostly true, half true, mostly false, false, and pants on fire (outrageously false). Their results are shown in the chart above.

It seems that nothing much has changed. Fox News is still the network featuring the pundits that tell the truth the least and tell falsehoods the most. CNN is the most reliable network when it comes to telling the truth and telling the fewest falsehoods -- and MSNBC falls between Fox and CNN. This explains why Fox viewers are the least informed viewers on the facts (as has been shown by several studies).

That would be bad enough, but a survey done last April by the Public Religion Research Institute of 1,538 adults in the U.S. shows an even more troubling fact. That survey shows that a shocking 25% of all Americans trust Fox News to give them accurate facts (the highest percentage of any news organization).

That's right. Fully one-quarter of the population trusts the network that lies the most to give them accurate information (see chart below). 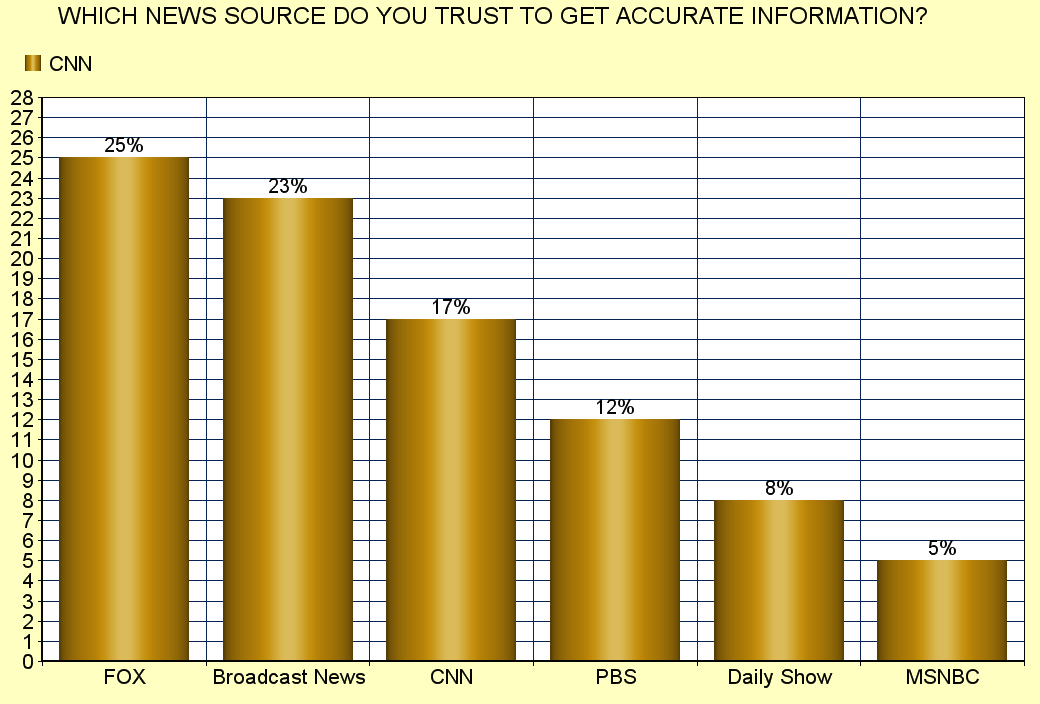