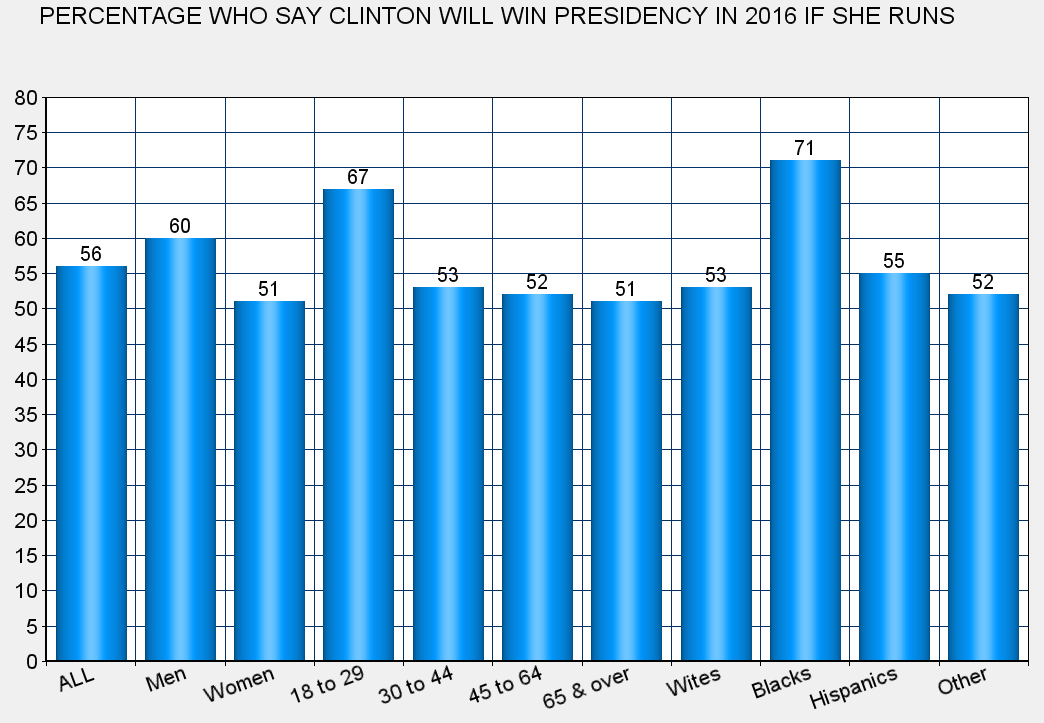 It turns out that a majority of Americans (56%) think Hillary Clinton would win the presidency in 2016 -- if she chooses to run and the Democrats nominate her as their candidate (both of which I believe will happen). And that majority feeling cuts across gender, age, and racial/ethnic lines.

And there is good reason for this belief (as the two charts below demonstrate). Democrats still outnumber Republicans in the United States by an 11 point margin (37% to 26%). And the current electoral feeling among the public shows Democrats with an 8 point advantage (43% to 35%).

The important part of that bottom chart, which shows the party respondents would vote for in a presidential election, is the part showing the choice of men and women. Men are split between the two parties for president (40% to 40%). But it is far different among women, who would prefer the Democratic nominee by a 15 point margin (46% to 31%). Since women vote in larger numbers than men (making up about 54% of all voters in 2012), that seems to give the Democrats a huge advantage in the 2016 election.

This chart was a generic one (without naming a nominee for either party), but I believe if Hillary is the Democratic nominee she would do at least that well. She would probably split the male vote, and might even carry the female vote by a larger margin than this generic survey showed.

All three of these charts were made from information in a new YouGov Poll -- done between March 14th and 16th of a random national sample of 1,000 adults, with a margin of error of about 4.3 points. 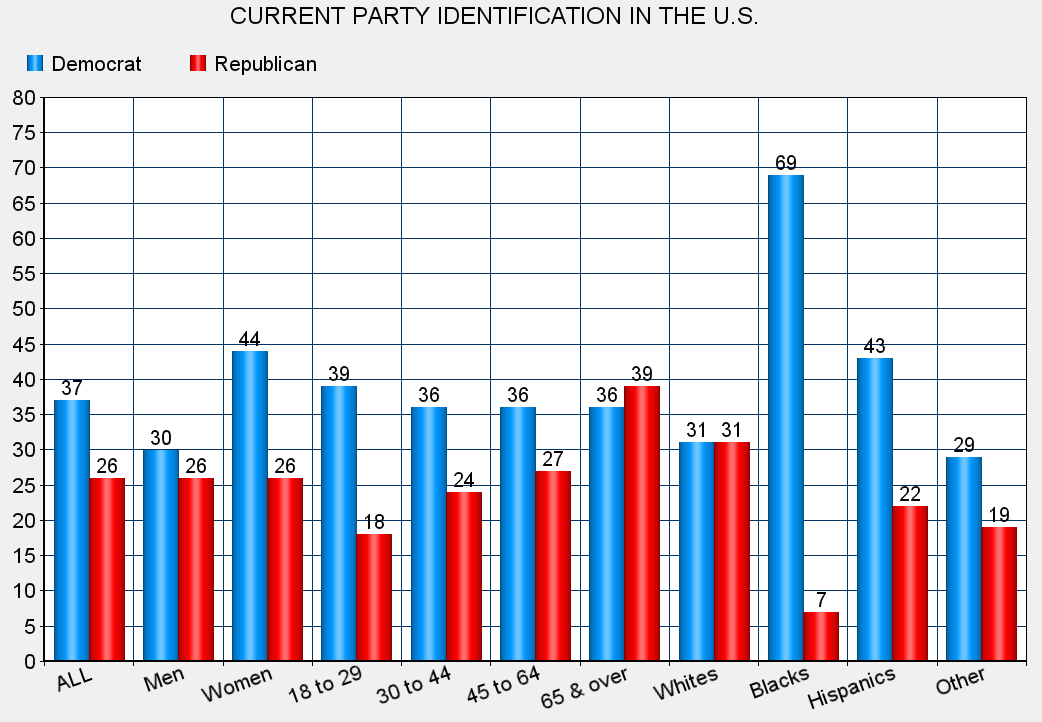 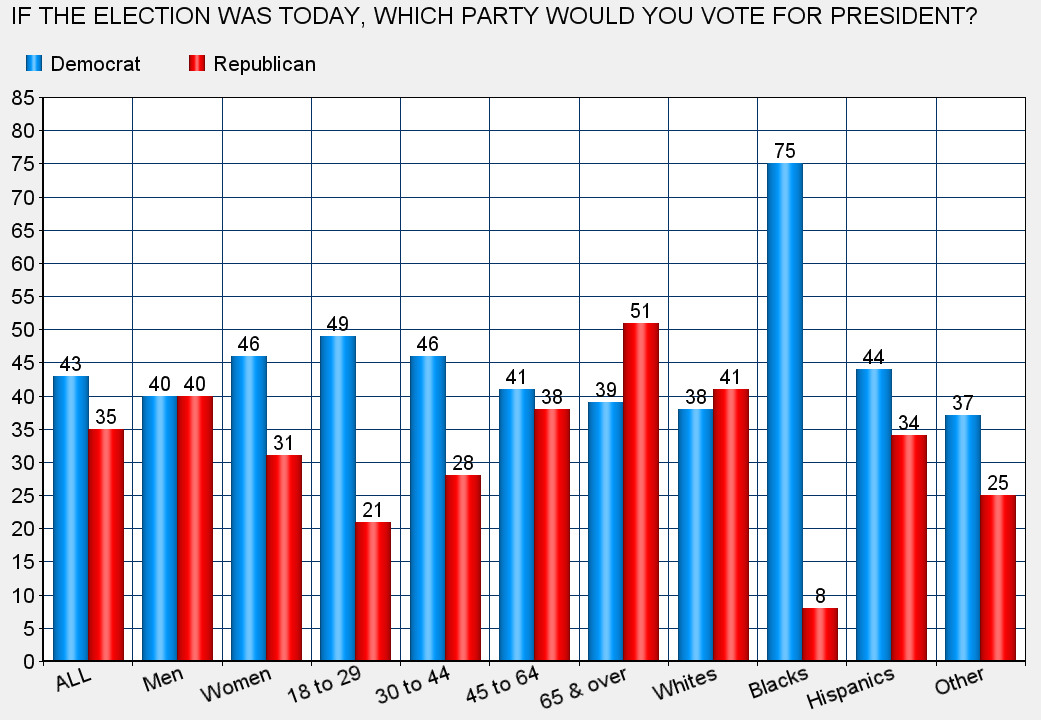