Clinton Still maintains A Large Lead Over Her Opponents 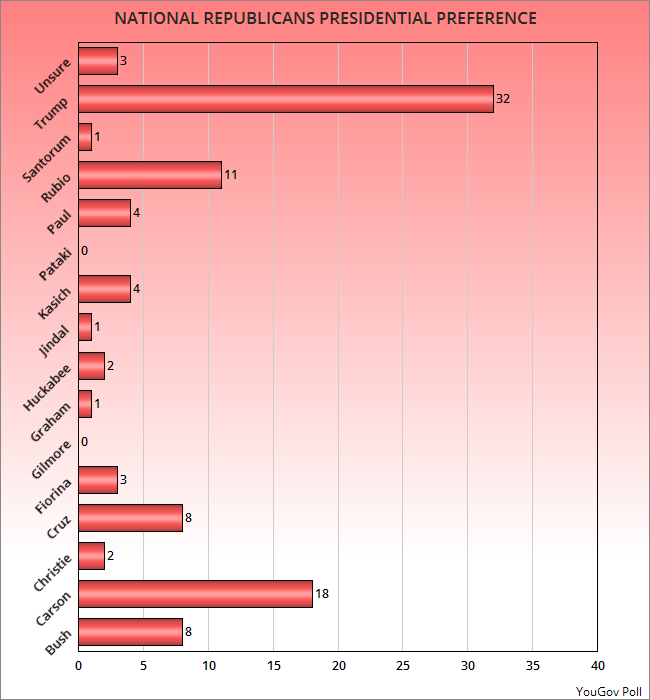 These charts were made from information in the latest YouGov Poll -- done between October 23rd and 27th of a random national sample of 2,000 adults, and has a margin of error of 3 points.

It has Hillary Clinton keep a large 32 point lead over her nearest opponent, Bernie Sanders. It also has Donald Trump maintaining his lead among Republicans -- with a 14 point lead over Ben Carson and a 21 point lead over Marco Rubio (the only other candidates with double-digit support).

The chart below shows which candidates the general public thinks can win the 2016 election for president. Hillary Clinton leads the pack with 74% -- 20 points over Donald Trump, 25 points over Bernie Sanders, 28 points over Ben Carson and Jeb Bush, and 34 points over Marco Rubio. 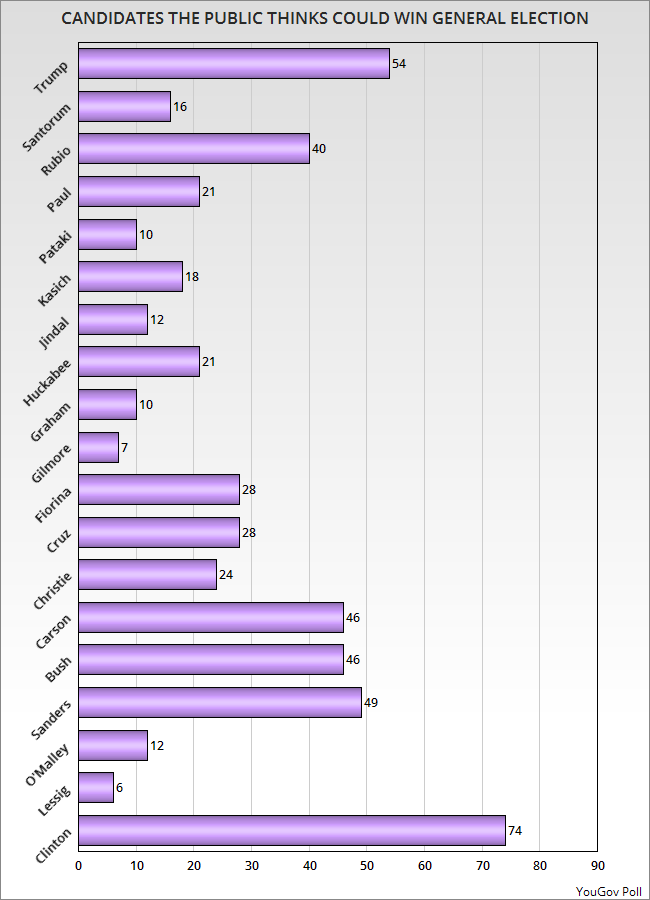