Clinton Should NOT Pick Warren, Brown, Or Booker For Veep 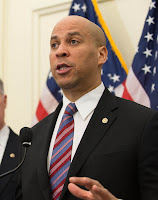 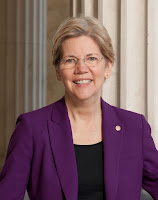 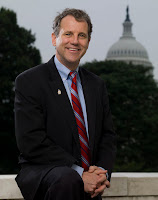 The three senators pictured above have been repeatedly mentioned as possible vice-presidential picks for Hillary Clinton. They are Elizabeth Warren of Massachusetts, Sherrod Brown of Ohio, and Cory Booker of New Jersey. They are all good Democrats, good liberals, and would make a great candidate for vice-president. But none of the three should be chosen by Clinton.

Why would I say that, especially when I have a high regard for all three of them (and Brown could help to bring along the swing state of Ohio)? Because all three are senators from a state with a Republican governor.

That means if they were elected vice-president, a Republican governor would appoint their replacement -- and you can be sure it would not be a Democrat chosen to replace them. In fact, it's possible that after replacing them with a Republican, the governor could then drag his feet in scheduling a special election (if he had to call one at all) -- and the sitting GOP senator would have the incumbent advantage once an election was called.

It is extremely important that the Democrats regain control of the Senate in the 2016 election. And there is a pretty good chance that can be done. But it will not be by much if it happens, and Democrats just cannot afford to give a seat back to the Republicans -- especially not one occupied by a solid liberal. Democrats are going to need every senate vote they can get to keep the Republicans from blocking every thing Clinton tries to do for this country.