My Initial Take On The First 2016 Presidential Debate 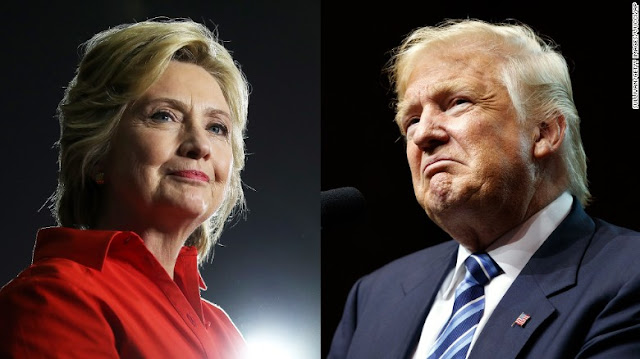 (The photo of Clinton and Trump at the debate is from cnn.com.)

The first presidential debate is over. My initial reaction is that Hillary Clinton did much better than I expected her to do -- and Donald Trump did much worse than I expected him to do. I thought Trump would try to act more presidential, and refrain from his urge to go off on tangents. But evidently, Trump really can't control himself.

Trump continually interrupted Clinton during her allotted time, making snide remarks and trying to steal her time. Clinton did not do that. Perhaps most important, Clinton answered every question asked of her, while Trump answered almost none of the questions directed to him -- probably because he had no answer for many of those questions. Instead, he tried to turn every question into an opportunity to attack Clinton.

The most amusing moment of the debate was when Trump tried to question Clinton's temperament, saying she was the one with a temperament problem. It was amusing because the hour and a half debate showed just the opposite. Clinton was composed and rational, while Trump was manic and argumentative.

In short, the first debate was a huge victory for Hillary Clinton -- and it wasn't even close.
Posted by Ted McLaughlin at 12:08 AM