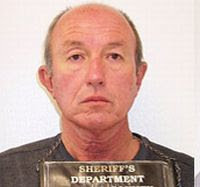 On Wednesday, a Potter County Grand Jury indicted Potter County Sheriff Shumate on three felony charges. He was charged with bribery and two counts of failing to report campaign donations. Shumate had taken cash and gifts from Mid-America Services in exchange for helping them get the jail commissary contract.
On Thursday, it was revealed that the Sheriff will keep his job. The Potter County Attorney's Office said they will not be seeking his removal or resignation any time soon. County Attorney Scott Brumley said, "At this stage, I think a removal suit would do little more than get in the way of the criminal proceedings."
District Attorney Randall Sims agreed saying, "Sheriff Shumate is still Sheriff Shumate". Sims doesn't think the Sheriff can be removed unless he is convicted.
Somehow this just doesn't seem right. How can a man charged with three felonies be left in charge of a jail housing hundreds of others charged with felonies and misdemeanors? Oddly enough, the man running the county jail has been charged with more serious crimes than many of those incarcerated in that jail.
If the Sheriff cannot be removed and will not resign, then maybe it is time for county commissioners to examine the issue of his TCLEOSE certification. This law enforcement certification is required of anyone who holds the office of sheriff. Can a person charged with three felonies retain a valid certification?
At the very least, the sheriff should be suspended from his duties until these charges have been adjudicated.
Posted by Ted McLaughlin at 12:01 AM