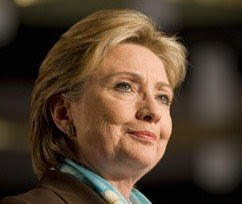 The news media have been buzzing about Clinton's latest blunder. Speaking to a newspaper's editorial board last Friday, she said, "My husband did not wrap up the nomination in 1992 until he won the California primary somewhere in the middle of June, right? We all remember Bobby Kennedy was assassinated in June in California. I don't understand it."

Her campaign was quick to say that her emphasis was not on the assassination, but on the primary still being undecided in June. That's a bit disingenuous though. There were a lot more states holding late primaries in 1992 and 1968.

In 2008, most states have moved there primaries and caucuses up -- in fact, they will all be completed by June 3rd. In those years, it was also not impossible for Bill Clinton or Kennedy to catch up in pledged delegates, as it already is this year for Clinton.

Clinton did say, "The Kennedys have been much on my mind in the last days because of Sen. Kennedy, and I regret that if my referencing that moment of trauma for the entire nation and particularly for the Kennedy family was in any way offensive. I certainly had no intention of that whatsoever."

She's right that it was insensitive of her to bring up the Kennedy assassination just after the tragic news about Senator Edward Kennedy's cancer diagnosis. But that was not the worst thing about her statement. Far worse was the implied imagery of something like that happening to Barack Obama.

This nation still has far too much racism. But in spite of it, a majority of the Democrat's pledged delegates have chosen a black man as their presidential nominee. Add this to the fact that Clinton has continued her campaign even after being mathematically eliminated. The only way she could become the nominee is if something bad happened to Obama.

In light of those facts, I have to wonder about Clinton's assassination reference. Is she continuing her hopeless campaign because she thinks something like that will happen to Obama? That's pretty ghoulish.