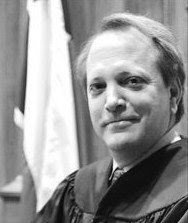 A Fort Worth judge has received a public reprimand from the State Commission on Judicial Conduct. The commission said County Court-at-Law Judge Brent Keis was guilty of making racially insensitive remarks to an African-American attorney appearing in his court.
They also said his "unsolicited discussion of the facts, evidence and apparent value" of the car crash case in his court was "coercive and intimidating". They concluded that the statements made in the case last year had created doubts in the minds of the attorney and his clients "about the impartiality of the court regarding the merits of the case".
This all started last year when an African-American attorney was appearing before Keis' court. Keis remarked that African-Americans were good athletes because when their ancestors were brought over on slave ships, only the strong survived as the weak had died and been thrown overboard. This statement would have been outrageous enough, but the judge went further.
He then told the attorney's white clients that Tarrant county juries are made up of white Republicans like him, and continuing the case would be like "betting on black". This statement convinced the clients that the court was prejudiced against them. I don't blame them. I would have thought the same thing. What else could be construed from such inappropriate remarks from the judge?
The judge got off easy. He was publicly reprimanded and ordered to attend an 8-hour course on racial sensitivity and diversity. He has 120 days to complete the course.
He deserved a much harsher punishment. This was nothing short of judicial intimidation. I hope the good citizens of Tarrant county remember this when this fool comes up for re-election. He doesn't deserve the position of power and trust he has been given by the people.
Posted by Ted McLaughlin at 12:02 AM