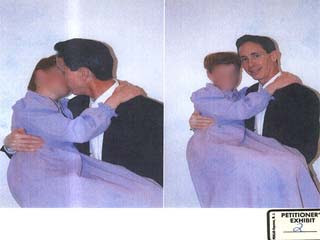 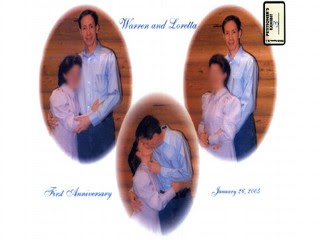 Yesterday, Texas courts made a couple of decisions that were controversial to say the least. One involved a lawsuit against the makers of Vioxx, and the other involved the FLDS cult headed by the jailed Warren Jeffs (pictured above).
A Texas jury had awarded the wife of Robert Ernst a $253 million dollar verdict against Merck and Company. The jury felt the drug Vioxx was responsible for Ernst's death. Texas law lowered the verdict to $26 million, which was still a respectable amount for the widow and a significant deterrent for the company.
But a three-judge appellate panel decided the jury was wrong. They decided there was no evidence against the drug company and reversed the verdict. Their decision completely wipes out the $26 million judgement.
One thing that makes this look bad is the fact that all three judges had received large campaign donations from the law firms representing the drug company. Whether it was or not, this gives the perception that this was a verdict that had been bought and paid for. If it's not already, it should be illegal for law firms to give money to judges and then appear before those judges with a legal case.
The widows attorney said he is considering appealing the case to the Texas Supreme Court. That sounds like a waste of time to me. The Texas Supreme Court has established a reputation for its corporate-friendly verdicts, not to mention the fact that several of the justices have ethical problems of their own (including taking contributions from law firms that appear before them).
In the other case, the Texas Supreme Court decided that Texas authorities did not have a right to remove the young children from the FLDS cult compound in West Texas. They have ordered the state to return the children to the cult compound.
They did this in spite of evidence that several under-age girls had given birth to babies. There were also pictures of cult-leader Warren Jeffs kissing 12 and 13 year-old girls (see above). Evidently the court is quite happy to send these children back into an abusive environment.
Whether the original warrant was justifiable or not, there should be a way to protect these children, especially the young girls, from sexual abuse.
I find both of these verdicts questionable.
Posted by Ted McLaughlin at 12:02 AM