Union Says No To American Airlines 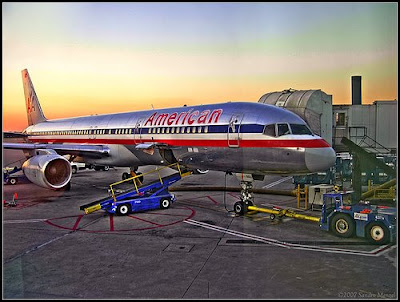 It looks like the problems are starting to to come home to roost for American Airlines. And it didn't take a genius to know this would happen. Unions don't take kindly to being slapped in the face.
The Transport Workers Union has just rejected a two-year contract offer from American Airlines. The offer would have given the workers a 5% raise immediately and another 3.5% raise after a year. It would also have paid workers 30% of net income up to $250 million, 25% between $250 and $500 million, and 20% of everything over $500 million.
But the one thing it did not do is restore the salary-cuts these employees agreed to in an effort to save the company a few years ago. They thought their salaries would be restored when the company was once again profitable. They were wrong.
Once the company started turning a nice profit, they rewarded their management with millions of dollars in bonuses for two years in a row. They gave the rank-and-file employees nothing, even though they had saved the company. They couldn't have insulted the employees more if they had spit in their faces.
Truth is, the union might well have approved this offer if they had not been ignored while management received huge bonuses. But company management didn't care as long as they got their big bucks. Now they will have to pay for their greed.
They can expect the same from the pilot's and the attendant's unions. Payback is a bitch, ain't it?
Posted by Ted McLaughlin at 12:02 AM