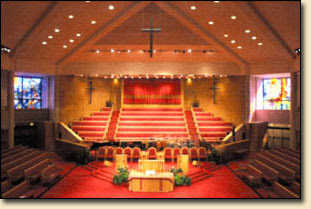 Today, it was announced that Barack Obama and his family have resigned their membership in the Trinity United Church of Christ in Chicago. The news media are treating this like it is an important news story, but I just don't see it that way.
A person's religion (or lack thereof) should be a personal matter, even if that person is a candidate for political office. To treat a person's membership in a church or a particular religion as a qualification or disqualification for them to be elected is simply a violation of the concept of freedom of religion.
We brag a lot about freedom of (or from) religion in this country. It's too bad we are so far from achieving it.
Posted by Ted McLaughlin at 12:02 AM