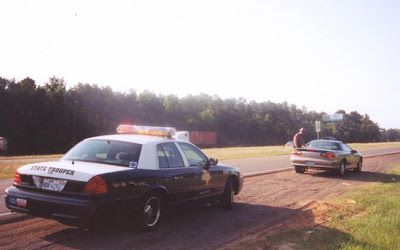 Back in 2004, the Texas Legislature created the Texas Driver Responsibility Program. This program levies state fines on top of local criminal and traffic violations. For instance, in addition to the local penalty for a first-time DUI the state would charge the offender $1000 a year for three years. For having no insurance or no driver's license, the state would charge $250 a year for three years.
Supposedly, these exorbitant state fines were to discourage drivers from breaking the law. If so, then it was a silly reason. No lawbreaker, even a traffic offender, expects to be caught. If they did, they wouldn't ever commit the offense. Simply upping the fine or penalty has never done anything to curb the committing of offenses.
No, this law wasn't passed to curb offenses. It was a backdoor way to increase state revenues without calling it a "tax". The legislators thought by imposing the new tax only on certain offenders, and not the public-at-large, they could avoid being accused of raising taxes. But that's exactly what it is-- a tax on locally levied fines. They also figured they could avoid new tax-collection expenses by piggy-backing on local fines.
But the program just hasn't worked out like they wanted it to. Only one-third of the surtaxes levied on local fines have been paid. The other two-thirds, about $815 million, is still outstanding and the amount just keeps growing larger. The state is now at a loss as to how to collect the new surtax.
I know some will say to just arrest these people and put them in jail, but that is really not an option. There are over a million Texans who have not paid the new offender tax. County jails all over the state are already overcrowded, and even if they weren't, counties can't afford to absorb the cost of that many new state prisoners. If the state paid the counties to keep these new prisoners, they could easily spend more than they're trying to collect.
The program has turned out to be a boondoggle of enormous proportions. Now the state has hired a debt collection agency to try and collect the money owed. This will subject the one million Texans to a lot of harassing letters and phone calls, but I doubt it will collect much of the tax owed.
Our economy is in bad shape and growing worse each day. Most Texans earn below the national average, and are having enough trouble paying the rent or mortgage, buying gasoline, putting food on the table, keeping their growing kids in clothes and paying their ordinary taxes. I suspect most of that million Texans would have paid the new tax if they could -- most people are honest and do their best to meet their obligations. But it is useless to harass people for money they don't have.
This program was a very bad idea when it was created, and in our failing economy it is even worse. Piling extra debt on Texans at this time is not helping anyone, including the state. Our legislators need to take another look at this program in the next legislative session -- and then dump it.
They made a mistake in 2004. Now they need to correct it.
Posted by Ted McLaughlin at 12:03 AM