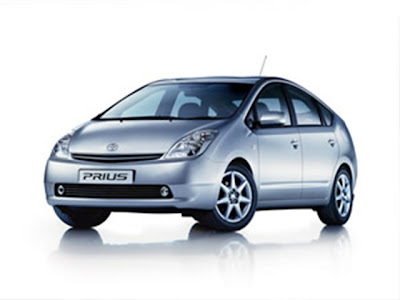 A few months ago, a buyer would have to wait in line to get a hybrid automobile. The automakers couldn't make them as fast as buyers were snapping them up, and some dealers were even charging more than the sticker price and selling all they could get. A dealer was lucky to have a few days worth of hybrids in stock. That was because the price of gasoline was approaching $4 a gallon.

Americans were flocking to dump their gas hog SUVs and get a hybrid or a smaller car that would get more mileage. Many found themselves paying far too much at the pump and it was seriously cutting into their lifestyle. But that was a few months ago. Things have changed.

The price of gasoline has dropped back to less that $2 a gallon in most places, and car dealers are finding that no one wants a hybrid anymore. The dealers now have a several months supply on their lots. Where they were charging above sticker price, they are now actually offering substantial discounts to get buyers to purchase a hybrid. And even with discounts, the sales are very slow.

With cheap gas at the pumps again, Americans are once more opting for the huge SUVs. While all auto sales are down because of the economy, an SUV will move off the lot faster than a hybrid these days. Americans are acting like the cheap gas is here to stay.

Of course, it isn't. As soon as they can justify it (and that probably won't be long), the oil companies will begin to creep the price back up. They like those record profits they've been making, and they're not about to give them up. One thing you can count on is the oil companies going for ever increasing profits each year. Another is that someday soon the oil will begin to run out.

Then, once again, people will be trying to dump the gas hogs (and taking a beating on them because no one will want them). Hybrids will again become the hot ticket item. It's just a matter of time.

A smart buyer would take this opportunity to buy a hybrid at a discount right now.
Posted by Ted McLaughlin at 12:04 AM