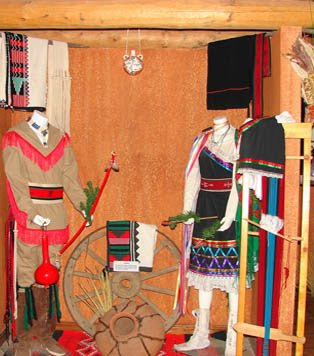 The Tigua tribe in Texas used to run a casino on tribal land near El Paso. But in 2001, then Attorney General John Cornyn sued and got the casino shut down. Since that time, the tribe has been trying to get the right to re-open the casino (which brought an estimated $800 million to the area economy and provided 800 jobs).

There is legislation working its way through the Texas legislature this year that would allow the tribe to re-open the casino. At least there was until Rep. Valinda Bolton (D-Austin) discovereda rather disturbing fact about the tribe. What she discovered is that women are not allowed to vote in tribal elections.

Rep. Bolton said the "men-only" voting concerns her, but she has agreed to meet with Tiguan women, along with other female legislators. The meeting was arranged by Rep. Norma Chavez (D-El Paso). I hope these legislators don't back down and allow this casino without first obtaining the right to vote for tribal women.

The Tigua leaders (all men) said women have never voted in the 300 year history of tribal elections. They said if the legislature called for them to change their election process (including allowing women to vote), they would consider it an insult.

I don't really care if they feel insulted or not. They should NOT be given the right to re-open the casino until all tribal members are treated equally -- including the right to vote in all elections. I have no problem with the casino, but I do have a problem with women being relegated to second-class status anywhere in the borders of Texas or the United States (and these tribal lands are within the borders of Texas).

Personally, I am shocked that there is anyplace left in the United States that refuses to give women the right to vote. I thought this was a constitutional question that had been decided years ago. These misogynists may be insulted by the constitutions of Texas and the United States, but they still should obey them.

The Texas Legislature should not allow the casino to re-open until Tiguan women are allowed to vote. This should be non-negotiable!
Posted by Ted McLaughlin at 12:04 AM