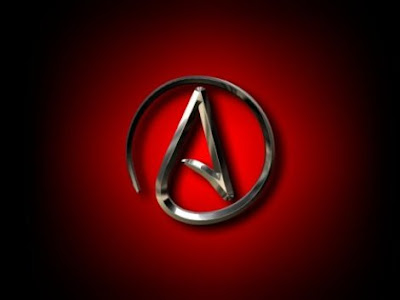 Back in the "dark ages" when I first went to college (1965), there was no such thing as an atheist club on campus -- any campus. While there were plenty of christian clubs, I doubt any college administration would have even allowed an atheist club to be created. Back then, free speech was something that was talked about on campus but rarely ever practiced.
Fortunately, we live in a different world today and many of the silly old restrictions are gone. An Associated Press article by Eric Gorski shows just how much things have changed. According to Gorski, atheist clubs are rapidly multiplying on college campuses today. The Secular Student Alliance had 80 affiliates on college campuses in 2007. In 2008, the number of affiliates had grown to 100. In the fall of 2009, the number had jumped up to 174.
It won't be too much longer until an atheist club will exist on every American college campus (with the possible exception of a few right-wing fundamentalist schools). Things are so different now that at least three universities, including Harvard, now have humanist "chaplains" to meet the needs of nonreligious students.
In general, this is a good article about campus atheism, but I do have a couple of bones to pick with the author. Gorski says that the number of atheists doesn't seem to be growing in colleges, but that the ones on campus today are more likely to come out-of-the-closet and join a club. I find this hard to believe.
The number of people who are nonreligious in America has steadily grown over the last twenty years, and now makes up over 20% of the total population. Does it make sense that the number of nonreligious people has grown significantly in the total population, and yet remained constant on college campuses? That's not very likely.
He goes on to say that this is one of the results of a "broader self-examination in the atheist movement triggered by the rise of the 'new atheists'...who denigrate religion and blame it for the world's ills." He seems to think there is some kind of a difference between the benign atheists of the past and today's militant "new atheists". I don't buy that argument.
The definition of an atheist is simple. It is someone who believes that god does not exist. That definition has not changed over the years. The fact is that today's atheists are no different from those of the past. The only difference is in the country itself. America is slightly more tolerant today, and that allows more atheists to make themselves known with a little less harassment and retribution.
But atheists today are no different than atheists of the past. There have always been different kinds of atheists, ranging from those who have a benign view of religion to those who are anti-religious. As most of this blog's readers probably know, I tend to lean toward the anti-religious view. But there is certainly nothing "new atheist" about that -- it's the same view I've had for the last forty years.
I'm gratified to see that atheist clubs are spreading to college campuses all across America. I just don't believe these "new atheists" are any different than us "old atheists".
Posted by Ted McLaughlin at 12:02 AM