Why You Should Worry About Texas Education 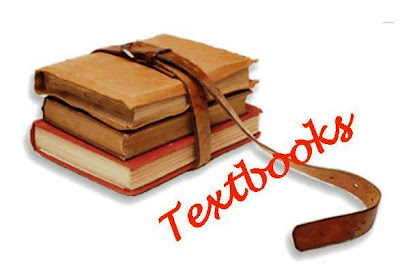 The Texas State Board of Education is currently in the process of determining what the curriculum should include and exclude for students in Texas schools. Now some of you may be thinking "This doesn't affect the kid's in my state's schools", but you would be very wrong in thinking that. When the Texas State Board of Education meets, parents of children in most states should pay attention and be very afraid.
That's because Texas is such a large state with so many school children, that most school book publishers wait until the Texas curriculum is finished and then write or adjust their textbook offerings to meet the Texas standard. Most other states will then have to use textbooks written for Texas, or do without books.
If the Texas State Board of Education valued the education of its students above all else, that might not be such a bad thing. But they don't. The board is dominated by ultra-right-wing fundamentalists who think their personal politics and religion are much more important and they are determined to turn Texas education into nothing more than propaganda for those views.
They have already set the science curriculum, and science barely carried the day. They were within one vote of requiring the teaching of creationism in science classes. They still hope to get that one vote in the upcoming elections, and they well might do exactly that. If they do, you can expect the science curriculum to be reopened and altered to fit the views of fundamentalist christians.
They are currently in the process of setting the standards for the social sciences curriculum, including courses like history and political science. Some on the board have already proposed replacing some real heroes like Cesar Chavez with right-wing losers like ex-Speaker Newt Gingrich, anti-feminist Phyllis Schlafly and architect of "red scare" blacklists Joseph McCarthy.
Is this the kind of history textbook you want your children reading from? Don't think it couldn't happen, because these are not very bright people on this board. Consider their latest action which proves their stupidity and incompetence.
Some people wanted to put children's books author Bill White Jr. on a list with others like Laura Ingalls Wilder to be studied by elementary children as people who had made cultural contributions. Mr. White had written the Brown Bear series of children's books, including Brown Bear, Brown Bear, What Do You See? This was a very popular and successful series of books for kids, and certainly not controversial in any way.
But at their last meeting, board member Pat Hardy moved to exclude Mr. White from that list of cultural contributers because he had written some adult books that contained "very strong critiques of capitalism and the American system" (although she admitted she had not read those books). The board approved the motion by Ms. Hardy.
The problem is that the Bill White who wrote the children's books is not the same Bill White who wrote the adult political books. The author of the political books is Bill White, a philosophy professor at DePaul University. How could Hardy have made such a stupid mistake?
It seems she was acting on a memo another board member had sent out. Terri Leo had sent her memo to other board members earlier in the week accusing White of writing all the books in question. She also had not read the books in question and none of the board members had done any proper research on the question, including Terri Leo. The board had gone off half-cocked and acted without having the proper facts (or probably any facts at all).
This is the caliber of the individuals on the Texas State Board of Education. These folks make the Three Stooges look like genius doctoral candidates at an Ivy League school. They don't have the facts and are too lazy or uncaring to do the research to get the facts. They simply don't care as long as they can foist their right-wing political and religious views on students.
The board is currently in recess. But be very afraid, because in about three months they'll be meeting again. And whatever they wind up approving will wind up in textbooks used all across this nation.
Posted by Ted McLaughlin at 12:04 AM

Email ThisBlogThis!Share to TwitterShare to FacebookShare to Pinterest
Labels: education, State Board of Education, Texas