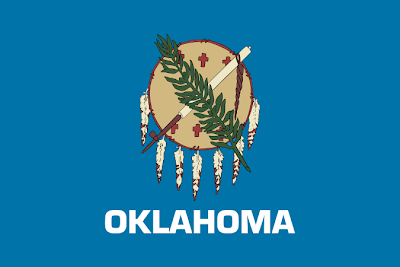 Having lived in North Texas most of my life, I'm pretty familiar with our sister state to the north -- Oklahoma. The voters there are almost as crazy as Texas voters in the incompetent boobs they elect to political office. Just look at the latest bill passed by the Oklahoma senate.
Last October, President Obama signed The Matthew Shepherd Act into law. This new law extended the reach of the 1969 hate crimes law to "authorize the Department of Justice to investigate and prosecute certain bias-motivated crimes based on the victim's actual or perceived sexual orientation, gender, gender identity or disability." It was a good law designed to prevent hate crimes against gays, lesbians or transgendered individuals.
But the Oklahoma legislature was having none of it. They wanted Oklahomans to retain the right to discriminate and commit crimes based on their homophobia. So they decided to pass a law that would interfere with the implementation of the federal law in Oklahoma. Their bill originated in and has been passed by the state senate.
The state senate couldn't outright overturn the federal law, so they passed a bill that would prohibit "local and state law enforcement agencies from sharing information about hate crimes with federal authorities." The bill specifically cited section 245 of Title 18 of the U.S. Code. They evidently thought that was the section that referred to gays, lesbians and transgendered individuals. It wasn't.
Section 245 of the hate crimes law actually outlaws hate crimes based on race and religion. That's right. They wound up authorizing racial and religious hate crimes. And the bill had already been passed and sent to the other arm of the legislature before anyone figured this out. They are now claiming it was a "typo". I always thought that one of the main purposes of their very well-paid staff members was to catch those kind of mistakes.
I'm sure they will correct the bill before it is finally passed, but it's still a stupid mistake. It won't matter in the final analysis, because the law is undoubtably unconstitutional. But a minor consideration like passing an unconstitutional law has never bothered the Oklahoma legislature before (or the Texas legislature).
After all, this is the state that sent Inhofe and Coburn to the United States Senate (which is almost as bad as sending Cornyn and Hutchison). I guess, like in Texas, legislative incompetence is a value that the voters respect.
Posted by Ted McLaughlin at 12:04 AM