Is The "Energy Star" Worthless ? 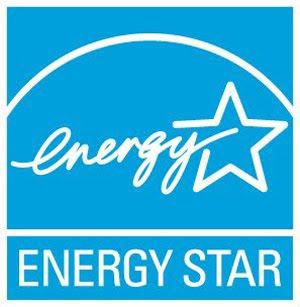 For the last 18 years, the government has had a program to designate energy saving appliances and products with a star -- called the "energy star". When a consumer sees this "energy star" on a product, they can be sure that the product will conserve energy and save them money. The program was supposed to save consumers money and help the nation in energy conservation. But does it really work that way?
Many of the products with the "energy star" cost the consumer a little more money (supposedly to pay for the energy saving technology), but the customer is supposed to more than make up for this with the energy savings the product will produce. And some of the "energy star" products even qualify for a tax cut when the consumers files their income taxes, thus producing more savings.
But recently it was discovered that two companies, LG and Kenmore, were selling refrigerators with the "energy star" logo but did not meet the energy conservation standards. In other words, the companies had jacked up the price of their regular old refrigerators and justified it by slapping on an "energy star" logo. The companies had to reimburse consumers and send them kits to make the refrigerators more energy-efficient.
But that incident got the General Accounting Office (GAO) to thinking. How many other products were being sold with the logo, but didn't meet the necessary specifications? Just how well did the program investigate products before authorizing the use of the "energy star" logo? The GAO decided to test the program.
The GAO went "underground" and created four ficticious companies (complete with web sites). They then asked for authorization to put the "energy star" logo on some of their make-believe products. Products like an air purifier (which was just a space heater with a feather duster glued to the top of it) and a four-and-a half foot tall gasoline-powered alarm clock. Fifteen of their products were awarded the "energy star" logo.
There may be some products who actually deserve the logo, but it is likely there are many instances where a company has received an undeserved authorization to use the logo as an excuse to jack up the price of their product. There is really no way for the consumer to know whether they're getting a product that conserves energy, or they're just being scammed out of their hard-earned money.
This is inexcusable. The government must do one of two things -- either test every product submitted to make sure it meets rigid specifications, or discontinue the program (and its tax advantages). Doing neither is not an option, because that just sets up the American consumer to get ripped-off and does little or nothing to conserve our nation's energy resources.
I am not usually a tax complainer. I don't mind paying my share for programs that are needed and work the way they're supposed to. But it makes me really angry to know that tax dollars are being spent on a worthless program like this. Fix it, or get rid of it.
Posted by Ted McLaughlin at 12:06 AM