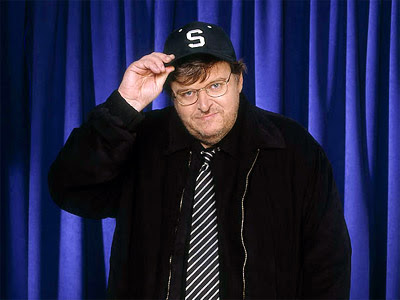 To My Fellow Citizens, the Republicans:

Thanks to last night's vote, that child of yours who has had asthma since birth will now be covered after suffering for her first nine years as an American child with a pre-existing condition.

Thanks to last night's vote, that 23-year-old of yours who will be hit one day by a drunk driver and spend six months recovering in the hospital will now not go bankrupt because you will be able to keep him on your insurance policy.

Thanks to last night's vote, after your cancer returns for the third time -- racking up another $200,000 in costs to keep you alive -- your insurance company will have to commit a criminal act if they even think of dropping you from their rolls.

Yes, my Republican friends, even though you have opposed this health care bill, we've made sure it is going to cover you, too, in your time of need. I know you're upset right now. I know you probably think that if you did get wiped out by an illness, or thrown out of your home because of a medical bankruptcy, that you would somehow pull yourself up by your bootstraps and survive. I know that's a comforting story to tell yourself, and if John Wayne were still alive I'm sure he could make that into a movie for you.

But the reality is that these health insurance companies have only one mission: To take as much money from you as they can -- and then work like demons to deny you whatever coverage and help they can should you get sick.

So, when you find yourself suddenly broadsided by a life-threatening illness someday, perhaps you'll thank those pinko-socialist, Canadian-loving Democrats and independents for what they did Sunday evening.

If it's any consolation, the thieves who run the health insurance companies will still get to deny coverage to adults with pre-existing conditions for the next four years. They'll also get to cap an individual's annual health care reimbursements for the next four years. And if they break the pre-existing ban that was passed last night, they'll only be fined $100 a day! And, the best part? The law will require all citizens who aren't poor or old to write a check to a private insurance company. It's truly a banner day for these corporations.

So don't feel too bad. We're a long way from universal health care. Over 15 million Americans will still be uncovered -- and that means about 15,000 will still lose their lives each year because they won't be able to afford to see a doctor or get an operation. But another 30,000 will live. I hope that's ok with you.

If you don't mind, we're now going to get busy trying to improve upon this bill so that all Americans are covered and so the grubby health insurance companies will be put out of business -- because when it comes to helping the sick, no one should ever be allowed to ask the question, "How much money can we save by making this poor bastard suffer?"

Please, my Republican friends, if you can, take a quiet moment away from your AM radio and cable news network this morning and be happy for your country. We're doing better. And we're doing it for you, too.