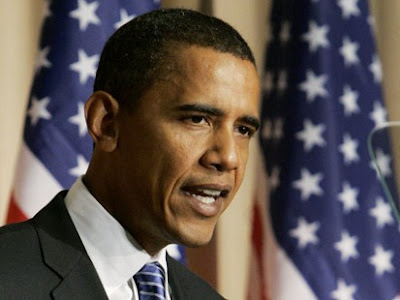 President Obama was elected by a significant majority of Americans who wanted to see this country change. But ever since he took office the Republicans have done their best to obstruct his efforts. He has gone out of his way to try to involve them in a bipartisan effort to compromise and reach a consensus on how what that change should be and how it should be implemented.
In fact, the president has tried to involve Republicans in the change so many times and for so long that many progressives (like myself) became very frustrated. But it was all to no avail, because the Republicans have ignored his efforts and made a united effort to obstruct and delay everything he has proposed -- from new bills to political appointments. They have chosen to play politics rather than compromise for the good of the country.
Although I was frustrated by President Obama's lengthy and repeated efforts at bipartisanship, I can understand why he did it. He wanted to show the American people that he had made every effort possible to involve everyone in the process. He has done that. Now it looks like he has finally abandoned that hopeless approach and decided to play some hardball.
He has finally decided that it's time to stop begging the Republicans to step up to the plate and is just throwing some strikes -- hard and fast and right down the middle. If the Republicans want to stand there with the bat on their shoulders and strike out, that is their decision to make. But the Democrats have things to do and it's time to get them done. The game can no longer be delayed.
The president showed this new attitude by jumping in and fighting for the new health care reform laws, and they were passed. Now he's taking this new strategy to his political appointments. Since the Republicans have delayed a vote on Senate confirmation for his appointees for months, the president has decided to go ahead and put the appointees in their positions by a process called "recess appointment".
This is a legal procedure where the president has the power to go ahead and seat appointees vital to the functioning of the government while Congress is in recess (and was used several times by President Bush to put his more controversial appointees in office). Once this is done, it is very doubtful the Republicans will be able to vacate these positions. Yesterday, the president said:
"The United States Senate has the responsibility to approve or disapprove my nominees. But if, in the interest of scoring political points, Republicans in the Senate refuse to exercise that responsibility, I must act in the interest of the American people and exercise my authority to fill these positions on an interim basis. Most of the men and women whose appointments I am announcing today were approved by Senate committees months ago, yet still await a vote of the Senate. At a time of economic emergency, two top appointees of the Department of Treasury have been held up for nearly six months. I simply cannot allow partisan politics to stand in the way of the basic functioning of government."
One of the most important of these nominees is Craig Becker who was appointed to the National Labor Relations Board. The other nominees are:

• Jeffrey Goldstein, under secretary for domestic finance, Department of the Treasury

• Eric L. Hirschhorn, under secretary of commerce for export administration and head of the Bureau of Industry and Security, Department of Commerce

• Rafael Borras, under secretary for management , Department of Homeland Security

• Jacqueline A. Berrien, chair of the Equal Employment Opportunity Commission

Thank goodness the president has finally decided to get tough. Maybe now he can get on with making the changes he promised. I think I like this new "tough" Obama.
Posted by Ted McLaughlin at 12:02 AM