This Is Why Reform Was Passed 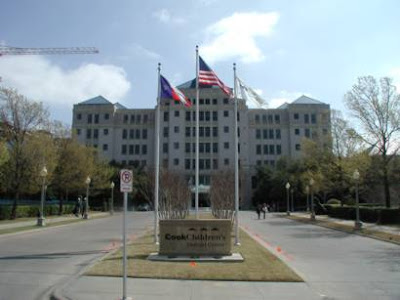 Some people still seem to think that health care reform was not needed in the United States. They think everything was fine just the way it was. Well it wasn't, and the following story illustrates that very vividly.
Doug and Kim Tracy live in Crowley, Texas (near Fort Worth). They are self-employed and could not afford health insurance for themselves, but they had purchased private insurance to cover the health needs of their two children. Kim was pregnant, and a few days before she delivered the new baby, Doug applied for insurance to cover their third child.
But when the baby was born, it was quickly realized that he had problems. He turned out to have d-transposition of the great arteries, where the two arteries that carry blood away from the heart are reversed. Chances were great that the baby had very little time to live (it could be anywhere from a few days to a year at the most). He needed a major operation and he needed it quickly.
This is where the private insurance came in. Although they should have covered him starting at birth, they decided he had a pre-existing condition and denied any coverage at all. The insurance company would pay for nothing. As far as they were concerned, he could die.
Fortunately for the Tracys, the doctors at Cook Children's Medical Center in Fort Worth (pictured) were not that hard-hearted. This hospital and it's doctors routinely perform medical miracles for children, and without any up-front payment, they performed the vital surgery last Friday. The baby is now doing good and will be able to go home in a couple of weeks.
But the Tracy family is left with enormous medical bills for the delicate and complex operation. They had saved up for the delivery and paid for it in cash, but nothing was left to pay for the operation. This is the kind of treatment that many Americans get from private insurance companies each year (in this case it was Blue Cross).
The crazy part is that if the baby had been born in September, the insurance company could not have denied him for a pre-existing condition. That's when the new health care reform law begins outlawing denials for pre-existing conditions, and the company would have had to cover the newborn (and his operation).
This is just one of the badly needed changes that are included in the new health care reform law. There are many others. There may be many people that don't like the new law (until they need one of its provisions), but it will help millions of people.
Thank you Democrats! There are still more changes that are needed in our health care system, but you have made a very good start.
Posted by Ted McLaughlin at 12:02 AM