Will Netbooks Soon Be Relics ? 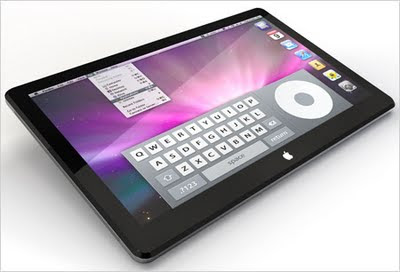 In the last couple of years, the small portable computers known as Netbooks have been the rage. Although they don't have the memory of their larger cousins, the Laptops, they are smaller, lighter and significantly cheaper. This has made them the computer of choice for those who want to take a computer with them whenever they're away from home.
But the age of the Netbook may soon be coming to an end. The first blow came with Apple's introduction of it's new tablet computer -- the iPad (which will be available to buy in just a few days). This by itself would probably not have run Netbooks off the market. Although the new iPad is much less expensive than Apple's laptops, it is still fairly pricey -- it retails for between $499 and $699. You can buy a Netbook for less (around $300).
But now a couple of computer companies from Taiwan have decided to enter the tablet computer market. Sources say Acer and AsusTek are both in the process of developing their own version of the tablet computer. They plan to introduce these at a computer show in June, and have them on the market by Fall of this year. What makes this a serious threat to Netbooks is the fact that they will sell for under $400 (and they will use PC software).
Topoly Research Institute expects the sales of tablet PCs could top 50 million units worldwide by 2012, topping the sales of Netbooks.
(The picture above is of Apple's iPad tablet computer.)
Posted by Ted McLaughlin at 12:02 AM

Email ThisBlogThis!Share to TwitterShare to FacebookShare to Pinterest
Labels: computers