Republicans To Raise Taxes In Texas 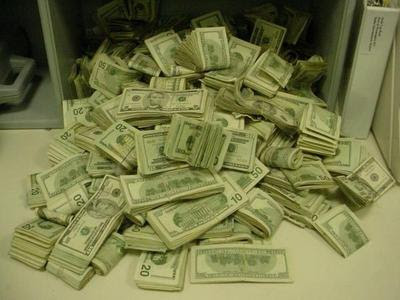 Texas is in financial trouble. Part of the problem has been caused by the recession. But another part of the problem is due to Republican efforts to kowtow to their "no tax" and "anti-federal government" right-wing base of voters. Instead of putting the interests of ordinary Texans first, the Republicans have been playing politics, and now the chickens are coming home to roost.
About a year ago, Governor Perry turned down more than a half-billion dollars in funds to help the unemployed in Texas. Playing to his right-wing base, Perry said Texas didn't need the money and accepting it would force Texas to abide by federal government rules (to extend unemployment benefits).
More recently, He has refused to sign on to national standards for education, even though Texas should be exceeding those standards instead of refusing to come up to them. This is costing the state another $700 million dollars (at least). In addition, this refusal to meet federal education standards could cost Texas it's share of Title I education funds.
Texas has also cut property taxes, while creating a multi-million dollar fund for huge giveaways to corporate interests willing to move to Texas. Now the lower taxes, corporate giveaways and refusal to accept federal funds have combined with the recession to put the state in dire financial straits. The state will have a deficit of at least $8 billion in the next biennium, and that deficit could be as large as $11 or $12 billion.
Perry has already told all state agencies to cut their operations by 5% -- this on top of other cuts forced on these agencies in recent years. Many of these vital state agencies are now operating on a bare-bones budget, and are struggling to meet their obligations. More cuts are simply out of the question if they are to successfully complete their missions.
So how is the state going to meet their constitutional mandate of a balanced budget in the next biennium? That's simple. The state Republican leadership has painted themselves into a corner, and the only way out is to raise taxes. Of course, they won't raise any taxes on corporations. That would be unthinkable for these corporate-owned Republicans.
No, it is far more likely they will raise only the most regressive taxes, so that the new tax burden will fall most heavily on workers and the poor. And that is exactly what they are considering -- more sales taxes (the most regressive of all taxes, since it means that those making the least will pay the largest percentage of their income in the new taxes).
The sales tax in Texas is not applicable to everything sold in the state. There are many exemption including food, haircuts, children's day care, bottled water, dental work, tattoos, pedicures, gasoline and a host of other products and services. According to the Texas Comptroller, these exemptions total about $30 billion a year.
The Republican legislature has already begun hearings on cutting out some of these exemptions, and lobbyists are already gearing up to make sure their product or service remains exempt. It will be an interesting and messy fight when the new legislature meets in early 2011, but two things are clear right now. Taxes will be raised, and most of the burden for those new taxes will be borne by those who can least afford it.
I'm sure the Republicans will try to claim they didn't raise taxes, since they will be extending the sales tax to new products and/or services instead of raising the sales tax rate. But don't let them fool you. Texans will pay new and higher taxes, and it will be the Republicans who impose those higher taxes.
Posted by Ted McLaughlin at 12:04 AM