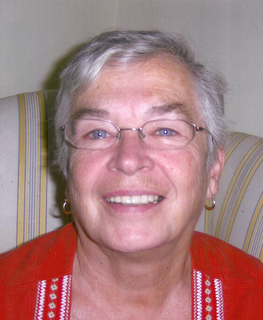 If you've read this blog for long then you know that I don't vote for Republicans. Just like my father and grandfather, I have never voted for a Republican in my life and I expect when my life is over that could still be said about me. I certainly wouldn't mar that record by voting for a right-wing nut like Rick Perry.
But that doesn't mean I have to vote for whatever candidate the Democrats put up. I have seen some Democrats that are just not worth voting for. They are normally called "blue dog" Democrats -- politicians who run as Democrats but vote like Republicans. After seeing what these blue dog Democrats did to oppose and weaken the health care bill and the Wall Street re-regulation bill this year, there is simply no way I could vote for one of them -- not even for dogcatcher.
This has presented me with a bit of a dilemma in this year's governor's race because the Democrats have nominated one of those blue dogs to run for governor -- Bill White, a multi-millionaire, an energy company (oil) executive and admitted conservative. Some of my Democratic friends have told me that I should vote for him because "he's better than Rick Perry." Frankly, a wet dishrag is better than Rick Perry but that doesn't mean it would make a good governor.
While Blue Dog Bill White may not mouth the silly right-wing platitudes of Rick Perry, I have a hard time believing his conservative views will let him run the state any better. The ordinary citizens of Texas are going to be out of luck no matter which of those two men gets elected. This has left me searching for a candidate with truly progressive views -- a candidate who would govern for the good of all Texans and not just the rich corporate interests.
Fortunately, there is such a candidate on this year's ballot -- the Green Party candidate. Her name is Deb Shafto (pictured), and today I declare that she has my endorsement and my vote (although I will be supporting and voting for Democrats in all the down-ballot positions). Ms. Shafto is a true progressive who believes in peace, economic justice, equality, and fairness in our legal system.
Now I know there will be those who tell me that Deb Shafto doesn't have a chance to be elected governor, and that may well be true. It really doesn't matter. In giving my vote and support to Ms. Shafto, I am trying to accomplish two things. The first is to help insure the Green Party is assured of a place on the Texas ballot in 2012 without having to resort to another petition campaign. The second is to be able to leave the voting booth with a clear conscience about the people I voted for.
In following days, I will be posting about Ms. Shafto's views and the issues she feels are important. But today, I just wanted to introduce you to her. I can think of no better way to tell you just who Deb Shafto is than by letting her tell you in her own words. She says:

"I was born in New Hampshire, raised in Brattleboro, Vt, graduated high school in Ashburnham, Mass. and moved to New York City. I worked for Blue Cross, got married, sold insurance, had my son, worked as a waitress, worked for a moving and storage company, got divorced.

I bought and ran my own company for 10 years. I worked for a treatment facility for disturbed adolescents, operated a group home for them then moved to Texas. I worked as a union organizer, married again, went to college, got involved with a local HISD school, went back to college for a Masters of Education and taught school. I retired last year.

I have two great families, mine and my husband’s. We have 4 children, 7 grand children. We have a new dog, 3 inside cats, 4 outside cats and innumerable birds who seem to like our cat food even more than the cats do. We have a pond in the back yard which we regularly stock with goldfish. The neighborhood raccoons seem to be grateful."