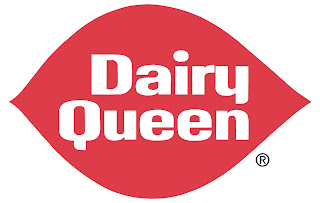 A couple of days ago there was a tragedy at a Texas Rangers baseball game that took the life of a young father. After catching the third out of an inning, outfielder Josh Hamilton tried to do some fans a favor by tossing the baseball into the stands. Unfortunately, in an effort to snag the ball for his son, one fan reached out too far and fell over the railing and landed on his head. The accident killed him.

The fan who died was a firefighter in Brownwood, Texas, and his death left his family in a bad financial situation. The Rangers have formed a memorial fund for the family (and anyone wishing to donate to that fund can go here for information).

A corporation has also stepped up to do the right thing -- Dairy Queen. Dairy Queen's are fast food restaurants that are prolific throughout the state of Texas (with nearly every small town having at least one). Dairy Queen has announced that they will donate a dollar to the family for every fan that goes to today's Rangers/Athletics game. Judging from this year's attendance figures, that will probably be at least $35,000.

I realize that is not a lot of money for a corporation, and they will receive some nice publicity from the gesture, but I still think it was a very nice thing for them to do. It's going to make my next DQ burger and shake taste a little bit better.
Posted by Ted McLaughlin at 12:02 AM