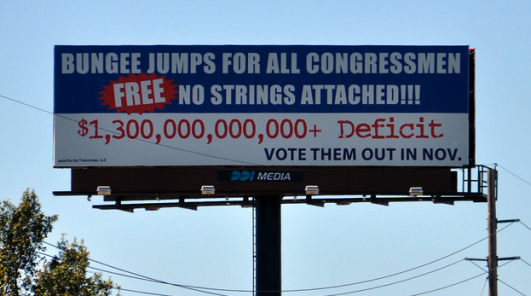 The U.S. Congress has proven in the last few days just how dysfunctional it really is. Forget the hard problems -- they can't even solve the easy ones. Anyone with even part of a functioning brain would think that helping the American victims of natural disasters would be something even a divided Congress could agree on, especially considering that this kind of spending is very popular with Americans of nearly all political persuasions. But this Congress can't even agree on that.

The Republican House approved slightly more than $3 billion dollars for FEMA. But the Democratic Senate says that is not enough money for the disaster agency to adequately do its job, and they approved nearly $7 billion for FEMA. And since the House combined the FEMA money with a continuing resolution to fund the federal government until November 18th, failure to agree on FEMA funds could easily shut the federal government down at the end of this week (since without the continuing resolution the government will have no authorized funds after September 30th).

When compared to the money the U.S. government will spend this year (over $600 billion on the military alone), the the $3 billion in FEMA funds that Congress is arguing about is really pretty small. It would be no wonder if the American people just got disgusted at the whole government -- and that is what has happened.

In the latest Gallup Poll (taken between September 8th and 11th of a nationwide random sample of 1,017 adults -- with a margin of error of 4 points), a record number of Americans say they are dissatisfied with the way this nation is governed. And this was before the argument over FEMA happened. Imagine what the American public thinks now! Here is what that poll shows:

While people may not be exactly thrilled by the executive branch (with only 47% trust and confidence), they are truly getting disgusted with the partisan ideological bickering of Congress which keeps them from making progress on any of the country's problems -- even the easy ones. While 31% say they have some trust and confidence in the legislative branch, only 15% approve the way Congress is handling its job.

Regardless of what happens in the presidential race, if Congress' job performance doesn't improve there could be a lot of those members of Congress looking for a new job next year -- which could be a form of poetic justice since they don't seem to care about the employment problems of ordinary Americans enough to do something about it (especially the Republicans).
Posted by Ted McLaughlin at 12:06 AM