Corporations Are Hiring - Just Not Here 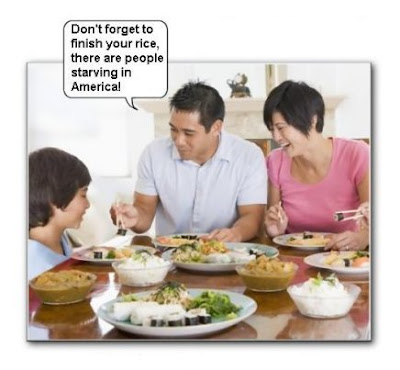 The picture above may be funny to many of you, but I don't mean for it to be. The fact is that it's far too close to the truth to be funny. Unemployment is still over 8% in this country and the millions of jobs that disappeared in the Bush recession have still not been replaced. The Republicans, who have blocked repeated efforts by the Democrats to pass a job creation program of any kind, tell us that the only way to create jobs is to cut taxes for the giant corporations (and some of them would like to cut those taxes to zero).

This position by the GOP has seemed ridiculous to many of us who are paying attention the economy. The giant American corporations are making record-breaking profits, paying a smaller tax rate than most middle class workers, and currently sitting on record amounts of cash. If the Republicans are right, then where are the new jobs. Why haven't these corporations been creating new jobs with all that new wealth?

We now have the answer to that question. They have been creating jobs. It's just that the jobs they've been creating are not in this country. In fact, about 75% of all the jobs created by the large American companies have been in foreign countries. While they are only creating a pitifully small number of jobs in the United States, these corporations are outsourcing like madmen.

And these are the corporations the Republicans don't think should have to pay taxes. Frankly, I'm fed up with it. If these corporations can't create any jobs in America, then the least they could do is pay their fair share of taxes (without subsidies or other tax breaks, and without hiding profits in other countries to avoid paying taxes on them).

It's time to stop the outsourcing. If companies want to shift jobs to other countries, they should be severely punished. Any tax breaks offered should only be to companies that bring jobs back to this country. And that's not class warfare -- just common sense.
Posted by Ted McLaughlin at 12:04 AM