GOP Candidate Is A Convicted Felon 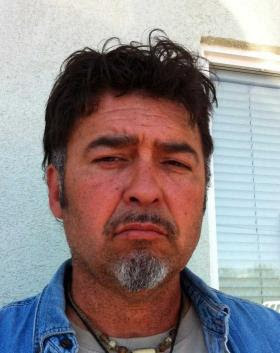 The person pictured above is Fabian Tankesly, the lone Republican candidate for the Precinct 2 Potter County Commission seat in east Amarillo (the only seat on the County Commission generally considered to be a safe seat for Democrats). While Republicans were initially happy to have a candidate in the race, it now looks like Tankesly will not be on the November ballot.

That's because state law bars convicted felons from running for public office (unless they have been officially pardoned) -- and Tankesly is a convicted felon. And not just once -- he has been convicted of felonies four times, with the last being in 2002 (and at least two of those convictions were for Unauthorized Use of a Motor Vehicle). The Republican county chair said he is investigating the matter, and will remove Tankesly from the ballot if he is a convicted felon who has not been pardoned.

Tankesly admits he is a convicted felon and has not received a pardon, but says he will continue to run for the seat until told by the county party he is ineligible. He says he was not trying to hide his past, although he submitted the necessary paperwork with his signature below the paragraph saying he was not a convicted and unpardoned felon.

He said he had turned in the paperwork on a form printed in Spanish (a language he is not fluent in) and didn't realize what the paragraph had said. That seems a little suspect, since the forms are readily available in both English and Spanish.
Posted by Ted McLaughlin at 12:04 AM