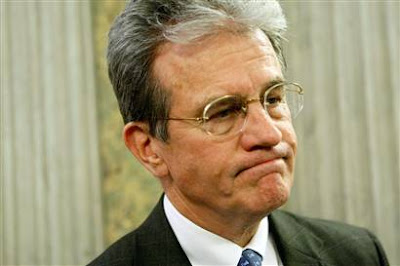 The Senate Ethics Committee has publicly admonished ultra-right-wing Sen. Tom Coburn (R-Oklahoma). It seems that Coburn didn't think the senate rules applied to him. Three years ago, the Senate banned the aide of former-Senator Ensign (Doug Hampton) from doing any lobbying. In spite of the ban, Ensign held a meeting and discussed business with Hampton.

The Ethics Committee considered it a violation of something, saying the meeting was "improper conduct" and didn't meet the "higher standards expected of a U.S. senator". The public admonishment was the least serious penalty the committee could have leveled against Coburn.

Personally, I think Coburn got off light. He knew the Senate had banned Hampton from doing any lobbying, and showed a disregard for the Senate action by openly violating the ban. He knew better and just didn't care.
Posted by Ted McLaughlin at 12:04 AM