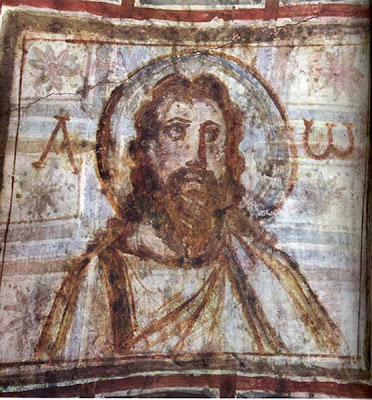 I grew up in a fundamentalist church, and that is why I found it difficult to believe that all fundamentalists (no matter how much they like Republicans) would jump on Willard Mitt Romney's presidential bandwagon. After all, Willard is a mormon, and most fundamentalists don't even consider mormons to be christians (but a demonic cult). Evangelist Billy Graham probably helped a little recently when he removed a posting on his website calling mormonism a non-christian cult, and then endorsed Willard. But as much as he would like to think otherwise, Graham doesn't call the shots for all fundamentalists.

Throughout the Republican primary, fundamentalists looked desperately for an alternative to Willard. They even backed some very strange candidates like Michele Bachmann, Herman Cain, and serial-adulterer Newt Gingrich to avoid supporting Willard. But Willard won the nomination, and now a lot of fundamentalists are tossing out their teachings, holding their noses, and backing Willard -- but not all of them.

Some of the die-hard fundamentalists have created their own website called Vote for Jesus -- and that is exactly what they are urging their fellow fundamentalists to do. They want people to write in the name of Jesus for the office of president, rather than vote for Obama or Willard. Here is some of what they say on that site:

It is time for Christians, true followers of Jesus Christ, to rise up and say NO to satan this November! As I prophetically shared last November, if God allowed the upcoming election for President to be between President Obama and Mitt Romney, it would truly be satan flipping a two-headed coin with his head on both sides!

President Obama has proven by his words and deeds to be a true enemy of God as detailed in James 4:4. He has been the most pro-death President in history, supporting the legalized slaughter of innocent babies here and around the world, he is a staunch advocate of the radical homosexual agenda, and he has been a great friend to the enemies of Israel. On every major spiritual issue of the day, President Obama has proven to be an enemy of God and a true tool of satan!

Former Massachusetts Governor Mitt Romney is a 5th generation member and a priest in the satanically inspired Mormon cult. He and others in his cult LIE when they claim to be Christians, since Mormon doctrine is 100% inconsistent with Biblical Christianity and a Mormon is no more a Christian than a Muslim is. He deceives people by saying he believes in "God" and "Jesus" is his savior, when the "god" of Romney's cult is NOT the God of the Bible, and their "jesus" is NOT the Jesus of the Bible. Romney and those in his cult believe the Bible to be a flawed and incomplete book and look at Biblical Christians as inferior and non-believers for rejecting the beliefs of their cult. . .

So who is a Christian to vote for with a clear conscience? The answer is simple...JESUS!!!

Your vote for JESUS is not helping President Obama get re-elected, nor is it helping Mitt Romney get elected, it is telling satan you will not be responsible for either of his tools becoming our next President! Men need to quit looking to men for answers, but to the Lord!. . .

We can do that this November, taking a real stand for God and His Truth by writing in the name of JESUS for President.

Now this may sound like a joke to some. After all, a person who's been dead for 2000 years could hardly serve if elected (if he ever existed at all). But some people are taking it seriously. So far, about 1,594,018 have signed up at the site and pledged to write-in Jesus for president. That's not anywhere near enough to win the election, but if the election is as close as some polls say it is, it's a million and a half votes that Willard can't afford to lose.

I don't know if these people will follow through on their pledge, but if just half of them do it could hurt Willard. Personally, I hope all of them keep their word.
Posted by Ted McLaughlin at 12:04 AM