Opposite Ends Of The GOP Spectrum 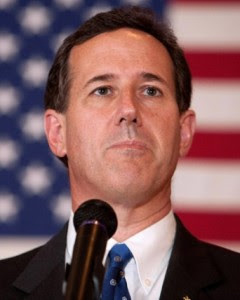 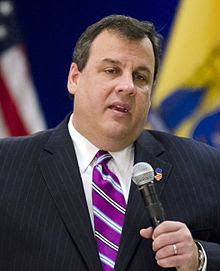 Two Republican politicians were in the news this week -- and both of them have been mentioned many times as possible  candidates for the party's nomination as president in the future. They are ex-Pennsylvania senator Rick Santorum and New Jersey governor Chris Christie.

Santorum got his name back in the news by testifying at a Senate hearing about whether the Senate should approve the U.N. Convention on the Rights of Persons With Disabilities. Santorum is opposed to the Senate ratifying the treaty. He thinks it is some kind of conspiracy by the United Nations to either abuse disabled people in the United States or deny their parents the right to protect them. It is just the kind of stance that would appeal to the teabaggers in the Republican Party's base -- the kind of people that think the president wasn't born in the U.S., that the U.N. is trying to abolish golf courses in the United States, and that global warming is a scientific hoax.

Of course it's nonsense. The treaty was negotiated during the administration of George W. Bush, and approved by Bush. It also has the approval of such conservative senators as John McCain (R-Arizona) and John Barrasso (R-Wyoming). While I have very little respect for those three men, I don't think they would lend their support for anything that would hurt disabled Americans or violate U.S. law.

The truth is that the treaty would have absolutely no effect in the United States at all. What it does is ask all countries to take steps to help their disabled citizens -- steps the United States has already taken by passing the Americans with Disabilities Act. Senate ratification of the U.N. treaty would just encourage other nations to do what this country has already done, and that's a good thing. It would recognize the U.S. leadership in the rights of the disabled.

But Santorum doesn't deal in reality. His concern is his own mean-spirited teabagger ideology, and how he can use that to further his own political ambitions. He even brought his own disabled daughter to the senate hearing to use as a prop. But his action will probably resonate well with his base voters.

The other Republican, Chris Christie, made the news because he has announced his intention to run for a second term as governor of New Jersey. And even though New Jersey is a blue state, I'd hate to be the Democrat that runs against him. He has an excellent chance of being re-elected. A Quinnipiac Poll gives him a 72% favorable rating currently, and a Rutgers/Eagleton Poll shows he has the support of 59% of the voters in his re-election effort. The reason for his support is that 95% of the people of New Jersey think he did a very good job of responding to the Hurrican Sandy disaster that hit the state.

These two men are on opposite ends of the Republican spectrum, although both are conservatives. Christie is popular with the general public, while Santorum is popular with the Republican base. Many Republicans are mad at Christie because he reached across the political aisle and worked with President Obama to help the victims of Hurricane Sandy in his state. He put aside party differences and electoral concerns and did what was best for the people he was elected to serve. And that's just why the teabaggers in the GOP are mad at him. They want someone who puts party ideology above all other concerns, even the good of the people.

Things might change in the next three years, but if the Republicans nominated another presidential candidate right now, Santorum would easily defeat Christie (because the teabaggers love Santorum and are mad at Christie). And Santorum would lose even worse than Romney did, because the American people are tired of politicians putting their ideology above the needs of the people. Christie on the other hand, would make a formidible general election candidate. People want the parties to compromise and come up with solutions to the nation's problems, and Christie has shown that he can do that.

It is to the Democrats' advantage that the teabaggers in the Republican base can't see past their ideology. They would pass up a good candidate for a nut-job. The Republican leadership has three years to correct that kind of thinking, but I don't think they can. They invited the teabaggers, racists, and fundamentalists into the party, and now they are unable to control them.

P.S. -- Santorum has said recently that he might like to run for president again in 2016. I hope he does. I would much rather the appointed Democrat (Hillary?) run against him than against Christie.
Posted by Ted McLaughlin at 12:06 AM