Is The Debt Crisis Real? 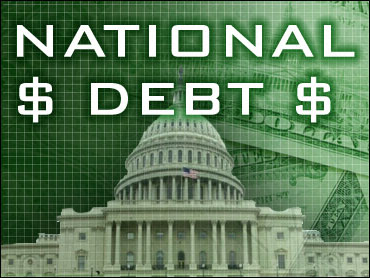 We hear a lot about our national debt from the Republicans in Congress. They want us to believe it is a crushing debt that will destroy this country if not immediately controlled by slashing government spending -- and to do that they are willing to throw millions of hurting Americans under the bus. Is it true? Not really. The truth is that we can handle the debt we have, and in fact, reducing government spending in a recession economy will just hurt a recovery. It is the worst thing we can do (just look at what "austerity" has done to Europe).

Jeff Spross at Think Progress has written an excellent article on our national debt, and whether it poses a real crisis or not. I urge you to read the whole article, and post a bit of it here just to whet your appetite:

The actual truth is that the debt everyone’s freaking out about does not exist.
Some of the debt certainly exists, like the roughly $11.6 trillion owed to foreign and private creditors. But that isn’t the debt anyone’s worried about. If we stopped adding to it tomorrow, the debt as it stands would pose essentially zero threat to the country’s fiscal health, as the ongoing growth of the economy would send our debt-to-GDP ratio dropping like a rock.
So the debt that’s got everyone worried is the part we haven’t yet incurred. And that debt, by definition, does not exist. It’s not a certainty, it’s merely a projection by the Congressional Budget Office. And trying to model how the federal budget, not to mention the entire American economy, will behave years or even decades in the future is a devilishly treacherous business.
For instance: one of Rep. Paul Ryan’s (R-WI) favorite talking points in 2011 was that the computer simulations CBO uses to model the economy crash when they attempt to account for the debt load in 2037. Imagine trying to model the 2011 economy in 1985. Things you’d never see coming include (among other things) the Internet, fracking, massive advances in computing power, the renewable energy boom, three wars, a massive recession, and Harry Potter. And predictions can be hard even over shorter time frames. In 1995, CBO predicted the deficit in 2000 would be well over $200 billion. We ran a surplus of $236 billion.
In fact, Ryan plastered dramatic graphs of debt going out 75 years onto everythingin sight while stumping for his last budget. Forget predicting 2011 in 1985. That’slike predicting 2011 in 1940.

So neither the impending Baby Boomer retirement nor growing health care costs make astronomical debt a certainty, despite the insistence of the conservative and centrist punditariat. With respect to the Boomers, economist Dean Baker ran the numbers and found that if productivity growth in the economy clocks in at one percent until 2035 (a very conservative estimate) the resulting gains will swamp the added retiree burden.
As for health care cost growth, it’s perhaps the best example available to explain why the debt doesn’t actually exist. The Congressional Budget Office (CBO) projects, based on current trends, that excess cost growth will become the lead driver of Medicare and Medicaid spending by 2037 — the primary cause of our long-term debt, and the thing that keeps budget hawks up at night. But if you look at CBO’s fine print (page 60, if you’re interested) their complex formula for making this projection essentially boils down to looking at past trends in health care costs and assuming they’ll be similar going forward.
The catch? The entire purpose of health care reform, whether we keep Obamacare or get Ryan’s preferred replacement, is to change those trends by changing the structure of health care markets — how we buy, sell, and deliver care. That should slow health care cost growth, making it less expensive for the government to pay for health care through Medicare and Medicaid. . .
By fixating on a problem that may or may not exist, Washington has trapped policymaking in a weird, postmodern dilemma. We’ve declared there’s a crisis because we’ve produced a hypothetical number, tethered to reality only by a host of assumptions and guesswork about what will happen in the next several decades. Then we insist this “crisis” isn’t “solved” until we’ve made policy changes that shift the math designed to spit out said hypothetical number. Policymaking becomes less about solving concrete problems (more on that in a bit) and more about made-up numbers on an Excel spreadsheet.
This choice to prioritize a phantom number over real-world evidence has consequences. In a depression, spending cuts suck demand out of the economy,leading to slower growth. Remember: the denominator counts as much as the numerator in the debt-to-GDP ratio. Europe has so far pursued austerity with markedly more enthusiasm than the United States, and its economic performance predictably tanked as a result. Spain and France are anticipated to miss their latest debt-cutting targets, and the Continent as a whole will probably not see renewed economic growth for another year.
Both in Europe and here in America, we have tax codes that by their nature bring in less revenue when the economy goes into a downturn, and a series of safety net programs designed to ramp up when unemployment rises. The vast majority of the deficits we’ve seen since President Obama took office were due to the 2008 collapse. Under depression conditions, deficits are a feature, not a bug.
Yet we’ve already cut non-defense discretionary spending to 40-year lows,endangering all sorts of investments in America’s infrastructure, health, safety, communities, and future productivity. And that’s before the sequester kicks in. This massive failure to invest or aid saps the economy’s skills, education, networks, and future prospects. The longer unemployment and stagnation drags on, the more damage we do to Americans’ abilities to prosper, and the less we’ll be able to grow the denominator over the coming years.
Refusing to tackle that all-too-real crisis with the full range of economic resources at our disposal is a shameful moral and political failure. Especially when the reason we’re refusing is fear of shadows cast on the wall.