Telling The Truth About Marijuana 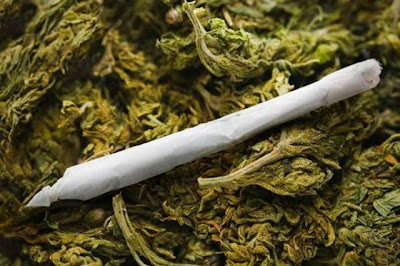 The original marijuana laws were meant far more for social control than for citizen safety. That is because marijuana is the safest drug know -- and will not cause an overdose death or any addiction. In fact, it is far safer than any of the legal drugs, some which are considered safe (aspirin, tylenol, etc.) and some which are just preferred by government decision-makers (tobacco, alcohol).

So, why do a substantial part of the American population believe marijuana is some kind of dangerous drug? Because they have been lied to by the government (and by those who are making money off keeping it illegal). These lies have been told so long and so often by people who claim to know something about drugs (but don't) that many have just accepted those lies.

But a lie accepted by a large amount of the population is still a lie. Acceptance does not turn a lie into the truth, no matter how fervently the anti-marijuana crowd might wish it does. And it is time to start challenging those lies, and exposing them -- because there is no legitimate reason why marijuana shouldn't be available for both medical and recreational use by adults. And the best way to expose a lie is to tell the truth.

Steve Elliott at his website Toke Signals does just that. He tells the truth about marijuana. Here is some of what he has to say about the gentle herb:

I believe in the direct approach. The best way to fight lies is with the truth: fight back with the facts.

The prohibitionists tell us that marijuana causes brain damage. The scientific research tells us that cannabinoids exert a neuro-protective effect — which, put in everyday language, means that cannabis not only does NOT kill brain cells — it protects them.

Cannabis is such a powerful neuro-protectant that scientific research shows pot exerts a protective effect against the damage of alcohol use. Now, I don’t recommend that anyone drink alcohol, but I know a lot of you do. And if you do drink, let me implore you to please smoke pot with it — it keeps the alcohol from killing as many brain cells.Marijuana is good for your brain. Fight back with the facts.

The prohibitionists tell us that marijuana causes lung cancer. Scientific research — in fact, the biggest study ever done on marijuana and lung cancer, by Dr. Donald Tashkin at UCLA — shows that there is no association at all between smoking marijuana — even heavily and daily — and lung cancer. In fact, people who smoke only marijuana have a lower rate of lung cancer than people who don’t smoke at all. What this tells us is that cannabis, even smoked cannabis, exerts a protective effect against cancer.Marijuana is good for your lungs. Fight back with the facts.

The prohibitionists try to tell us that marijuana is not medicine. The scientific research tells us that cannabis can be a useful medical treatment for a wide range of diseases, and there are literally hundreds of scientific studies to back this up. For a 420-page listing of studies showing the effectiveness of medical marijuana, check out Granny Storm Crow’s list.Marijuana is medically good for you. Fight back with the facts.

The prohibitionists tell us that smoking marijuana makes us stupid and lazy and unmotivated. But the scientific research tells us that cannabis smokers work harder and smarter than their non-toking brethren. The Rubin Study in Jamaica, published in the 1970s by Dr. Vera Rubin (look it up if you don’t believe me), shows that the hardest workers are the highest workers.Marijuana is good for your motivation. Fight back with the facts.

The prohibitionists tell us that marijuana is a gateway drug. The scientific research tells us that not only is cannabis not a gateway drug, but is in fact an exit drug from hard drug use, which has shown to be invaluable in helping addicts of meth, cocaine and heroin, along with alcoholics, maintain abstinence from harmful substances.Marijuana is good for stopping drug abuse. Fight back with the facts.

​The prohibitionists tell us that the smoking of marijuana by pregnant women results in lower birth weights and less intelligent babies. The scientific research tells us that toking mothers have babies that are just as healthy, with birth weights just as normal, as babies born of non-toking mothers.

The prohibitionists tell us that marijuana causes car wrecks and that legalization will only increase the toll on our highways. The scientific research tells us that experienced pot smokers showno impairment on driving tests. I believe most of us can back this one up with personal experience, because cannabis makes many of us safer drivers.Marijuana is good for your driving. Fight back with the facts.

The prohibitionists tell us that relaxing the marijuana laws will result in higher rates of usage in teens. The scientific research tells us that teen pot use rates are lower in the Netherlands — after they decriminalized cannabis — than in the United States with its harsher pot laws.Marijuana legalization is good for teenagers. Fight back with the facts.
Posted by Ted McLaughlin at 12:02 AM