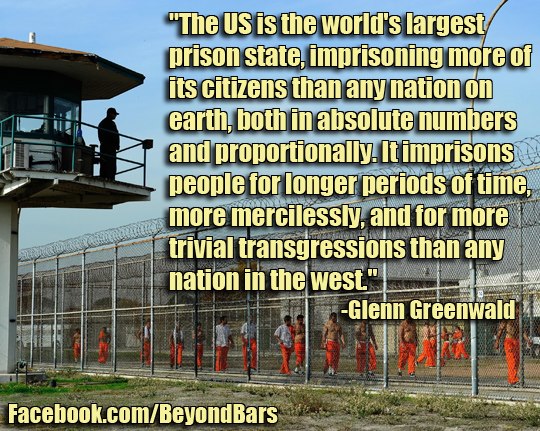 Americans like to tout their "freedom" and talk  about other countries being "police states", but the truth is that the United States imprisons more of its own population than any other nation (both in the number of those imprisoned and the per capita number of prisoners). In short, we are the world's biggest police state (or prison state, if you prefer that term).

The only way this could possibly be justified is to believe that a larger percentage of the U.S. population are criminals. Do you believe that? I don't. I don't think Americans are any more prone to criminal behavior than the residents of any other country.

We do, however, have a government that thinks it can solve social problems by criminalizing behavior that those in power don't approve of -- even though that behavior might not hurt anyone. Is this the action of a "free" country?
Posted by Ted McLaughlin at 12:00 AM