Most In U.S. Opposed To Food Stamp Cuts 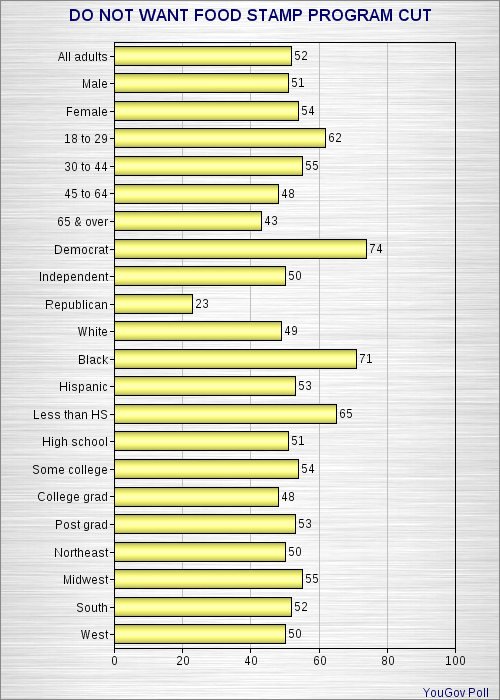 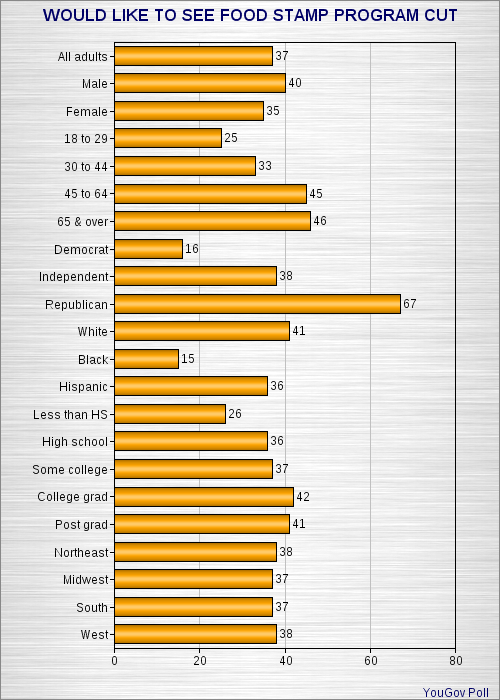 A few days ago, the House Republicans passed a bill that would cut about $4 billion a year from the SNAP program (commonly called food stamps) for the next 10 years. This massive cut in the program would mean millions would have to be kicked off the program -- at a time when the economy is still struggling, unemployment remains very high, and food insecurity is a problem for a record amount of people across this country.

The Republicans are claiming that we just don't have the money to keep on feeding the 15% of Americans (over 20% of children) who are currently receiving food stamps. But that is hard to believe, since they have left intact all the government giveaways to the rich and the corporations (both of which are making record-breaking income and profits, and don't need the government help). While they are willing to take food out of the mouths of the poor, they fight tooth-and-nail to make sure the rich and the corporations get to keep all of their tax cuts, loopholes, subsidies, and ability to hide money overseas.

If there really was a budget problem, then it is the rich who should be asked to give a little more. Making the poor suffer while the rich benefit is simply immoral. And a majority of Americans know that.

The two charts above were made from information contained in the newest YouGov Poll on food stamps (taken on September 20th and 21st of 1000 nationwide adults). This survey shows that 52% of Americans oppose the food stamp cuts, while only 37% approve of them. And note that in the demographic breakdown of 24 groups, only two groups (Republicans, and those over 65) have a higher percentage wanting to cut food stamps than opposing the cut. All other groups (including people in the South, where the GOP is the strongest) show significantly more people opposing the cut to the food stamp program than favoring it.

Once again, as with many other issues, the congressional GOP finds itself acting against the wishes of most Americans. Frankly, with all the minority positions they have taken, I don't understand how they can survive as a viable political party.

I don't know if it is a quirk of human nature to trust people in general less than people you know, or if people have bought into the Republican lies that somewhere in this country there are a lot of people committing fraud to get food stamps. Note that the percentage goes up for people that are personally known. Even Republicans have no problem believing that the people they know really do need the help. It is those other people, the strangers, who are trying to game the system. Why is it so hard for people to believe that those they don't know may be as honest and needy as those they do know? 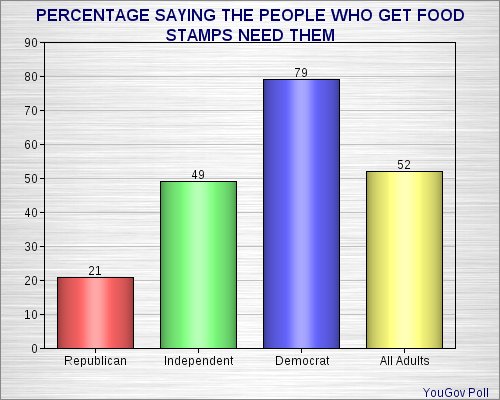 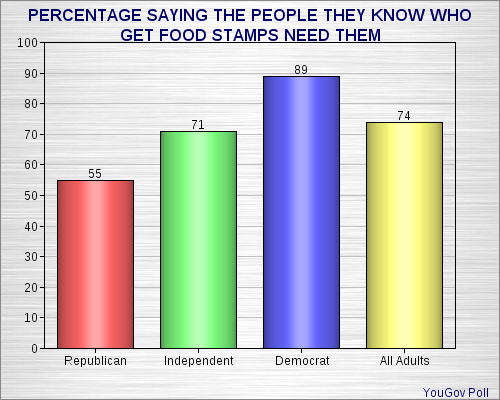