One More Worry For Congressional GOP 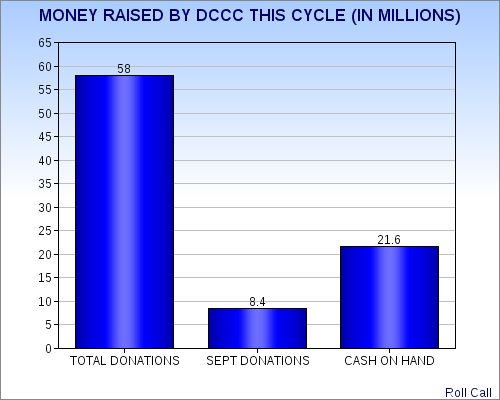 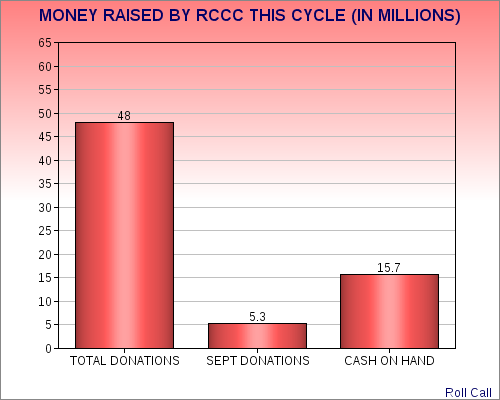 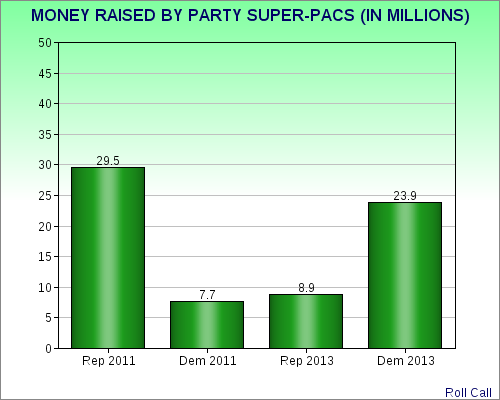 Just this last month (September), the DCCC raised $8,411,474 while the RCCC raised only $5,267,554 -- more than $3.2 million less in one month. And while $3.6 million of that money came from small donors for the Democrats, only about $1 million came from small donors for the Republicans. It seems that voters are speaking out with their pocketbooks.

The numbers for this whole election cycle (the time since the last election) look pretty good for the Democrats also. The DCCC has raised about $58 million in this cycle, and currently have a cash on hand total of $21,572,948. The RCCC has raised $48 million, and has a cash on hand total of $15,685,802. If the Republicans don't turn this around soon, they will enter the 2014 election season at a significant money disadvantage.

Now you may be saying at this point that the super-PACs are where the Republicans will get the bulk of their campaign money -- but that's not looking too good for them either. At this point in the last election cycle, the Republicans had raised $29.5 million through their super-PACs while the Democratic super-PACs had raised only $7.7 million. That has been virtually turned upside-down in this election cycle -- with the Democratic super-PACs raising about $23.9 million to only $8.9 million for the GOP super-PACs.

Will the big-money Wall Street and corporate donors keep their money in their pockets -- angry because the congressional Republicans have gone too far in shutting down the government and threatening to make the government default on its loans (moves that hurt the economy, and therefore business interests)? We'll have to wait and see, but if they try to shutdown the government again next January (and threaten default again) it certainly won't open those pocketbooks.

The Republicans are now learning that actions have consequences. Obstructing government and shutting it down may have made their teabagger base happy, but it has made the general public angry -- and it has caused many of their big-money donors to have second thoughts. It will be interesting to see if they have learned their lesson now. I doubt it though.
Posted by Ted McLaughlin at 12:08 AM