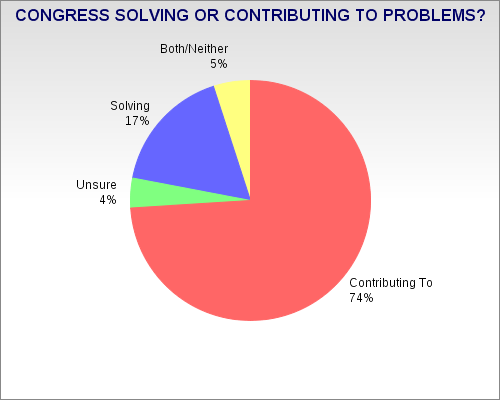 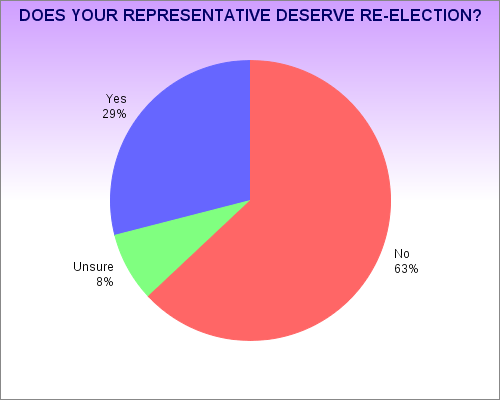 These charts were made from information in the new NBC News / Wall Street Journal Poll (conducted between October 25th and 28th of 800 nationwide adults, with a 3.46 point margin of error). It shows just how angry the public is with Congress.

A whopping 74% of Americans believe that Congress is contributing to the problems in this country (i.e., making them worse). Only 17% believe those in Congress are acting to solve the country's real problems. This should worry those currently serving in  Congress -- especially since 63% of the survey's respondents don't think their own congressperson deserves to be re-elected (and only 29% think they do deserve re-election).

Some think the gerrymandering done in 2010 will protect members of Congress, and allow the Republicans to hang on to the House of Representatives. But there are a couple of problems with that view. First, you can't make every seat a safe one by gerrymandering. There are going to be some seats (for both parties normally) that are going to be competitive. Second, numbers like those in the charts above could indicate that an anti-incumbent wave is building up. 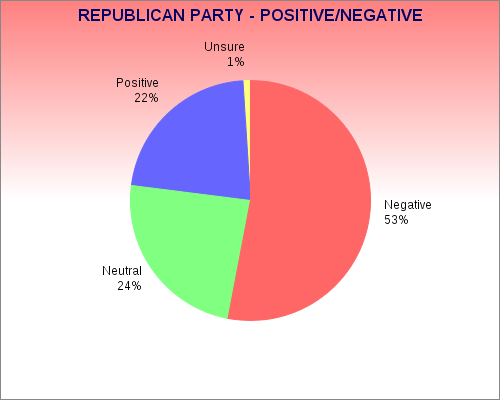 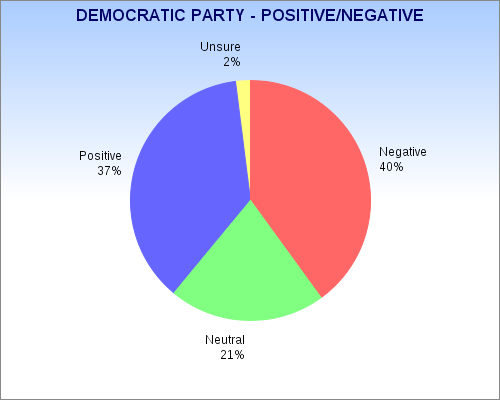