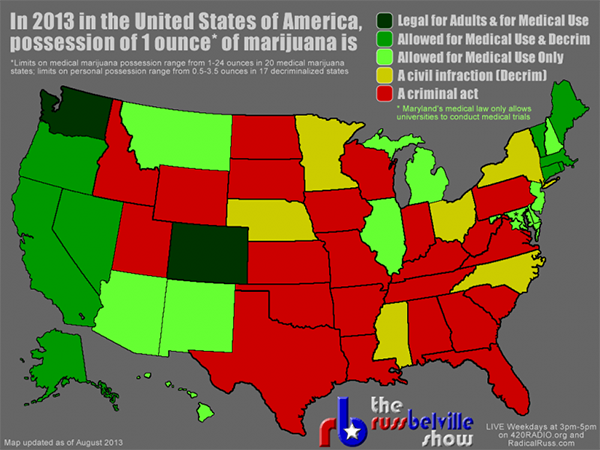 Marijuana laws vary from state to state, but only two states have reasonable marijuana laws -- Colorado and Washington (the states shown in dark green), who have legalized the possession of small amounts of marijuana for personal use by adults. The other states need to follow suit, and bring their marijuana laws into the 21st century (as a majority of Americans now want). Those states in red should be deeply ashamed of themselves. They still put people in prison for simply possessing and using the harmless herb. They ruin people's lives for having a harmless substance, and that simply doesn't make any sense.

(The image above is from The Weed Blog.)
Posted by Ted McLaughlin at 12:00 AM