Public Thinks Congress Is Bad - And Could Get Worse 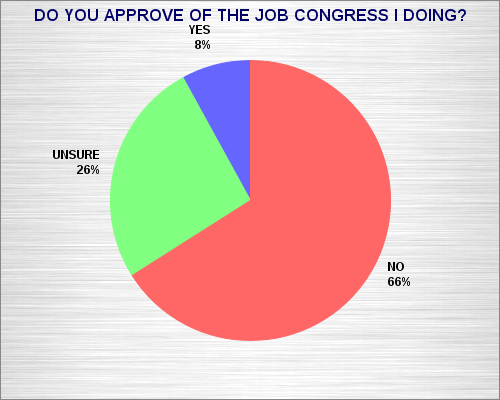 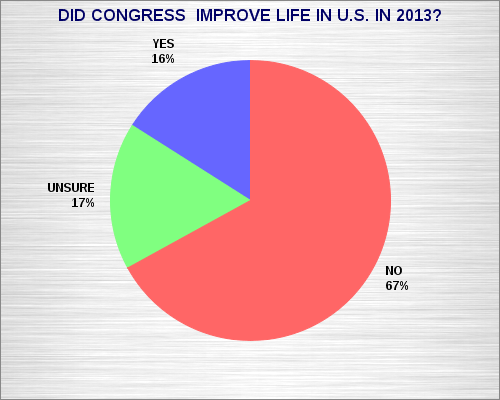 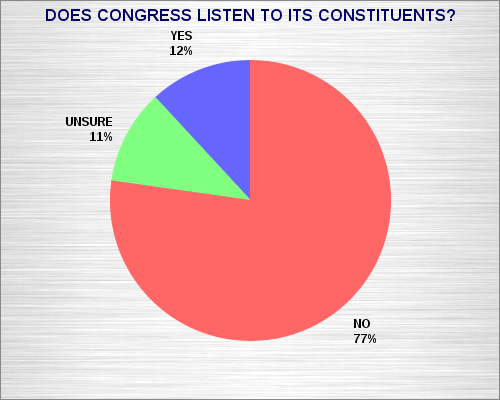 The charts above were made with information contained in a survey done by the Rasmussen Poll. The survey was done on January 5th and 6th of 1,000 nationwide likely voters, and has a margin of error of 3 points.

The one thing that is obvious is that the American people remain disgusted and very unhappy with the way the 113th Congress has performed. Only a minuscule 8% approve of the job Congress is doing (and I have to wonder if that 8% has been paying attention). Congress has accomplished next to nothing during this session, and most people know that -- with 67% (two out of three) saying Congress passed no laws last year that would improve life in the United States. And a whopping 77% say that members of Congress don't listen to their constituents, but to party leaders.

I know the pundits are saying Congress could not be flipped in the 2014 elections, but those numbers are the kind of numbers that could produce a voter revolt. At least that is my opinion, especially if the Democrats are smart enough to campaign on the right issues -- raising the minimum wage, protecting Social Security and Medicare, raising taxes by a small amount on the rich, and making corporations pay their taxes (by closing loopholes and reducing subsidies). 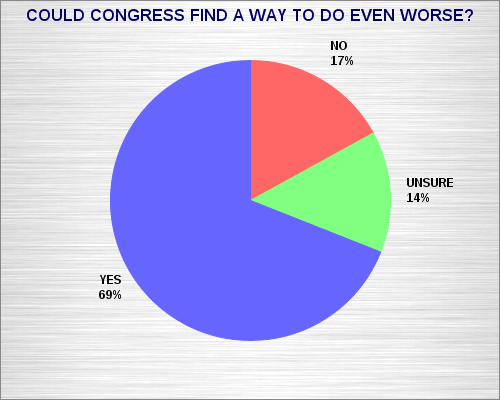 This seems like an appropriate post to bring you this quote from former Defense Secretary Robert Gates in his new book:

"Congress is best viewed from a distance -- the farther the better -- because up close, it is truly ugly. I saw most of Congress as uncivil, incompetent at fulfilling their basic constitutional responsibilities (such as timely appropriations), micromanagerial, parochial, hypocritical, egotistical, thin-skinned and prone to put self (and re-election) before country."
Posted by Ted McLaughlin at 12:04 AM