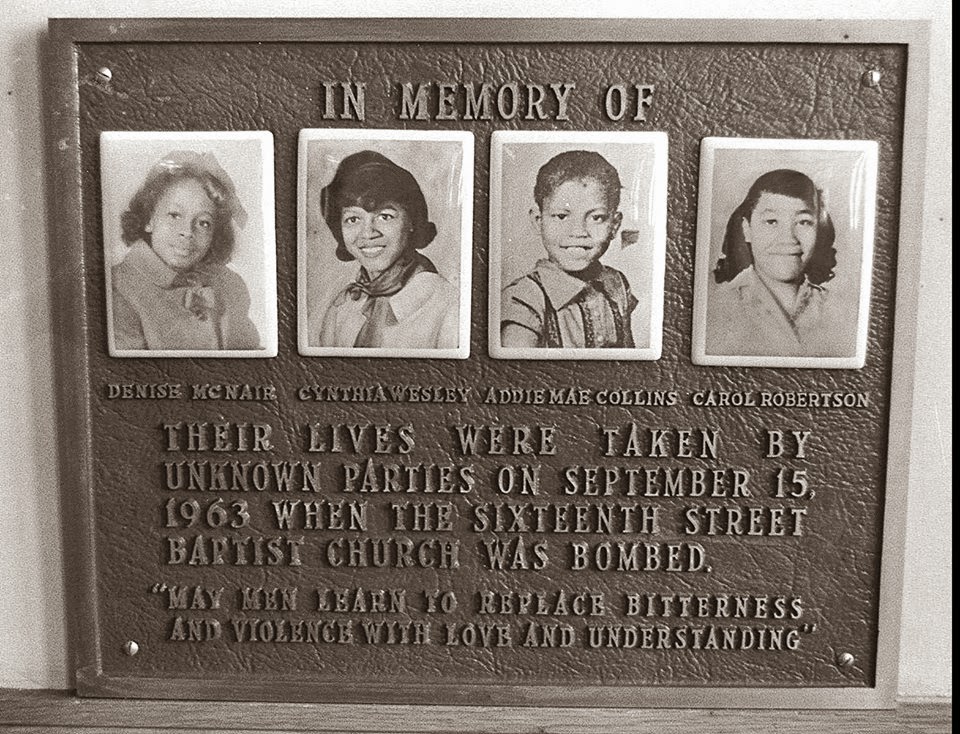 February is Black History Month. And it is a good time to remember the terrible price that was paid by many innocent Americans in the quest for equal rights. The plaque above commemorates the four innocent children killed in 1963 when racists bombed the Sixteenth Street Baptist Church in Birmingham, Alabama. These deaths were tragic, but they were just a small part of the many deaths that happened to make this country realize the injustice it was doing to African-American citizens. We must never forget any of these injustices -- for history forgotten is history that will be repeated.