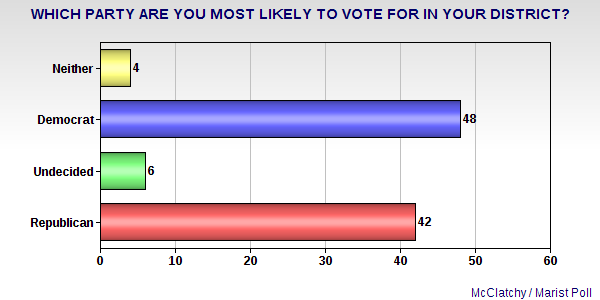 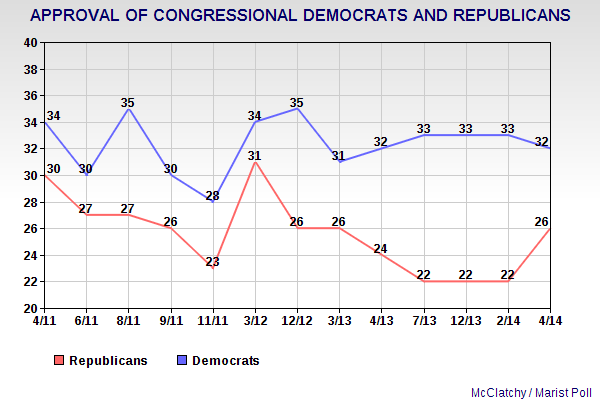 The charts above were made from information contained in a new McClatchy News / Marist College Poll. That survey questioned a nationwide sample of 1,212 adults between April 7th and 10th, and has a margin of error of about 2.8 points.

This counters the "wisdom" we have been hearing for months now from the political pundits, who have been saying the Republicans have the edge in the upcoming election. And that 6 point advantage the voters currently give the Democrats should give Democrats some confidence -- all is not lost in this election.

This does not mean that the Democrats are guaranteed to win. There are still several months to go, and anything could still happen. But it does mean that if the Democrats work hard and turn out the vote (the most important factor in this election), they have a good chance of flipping the House over to Democratic control. They only need to flip 17 House seats to take control, and there are far more competitive districts than that.
Posted by Ted McLaughlin at 12:04 AM