Another State Falls In The March Toward Marriage Equality 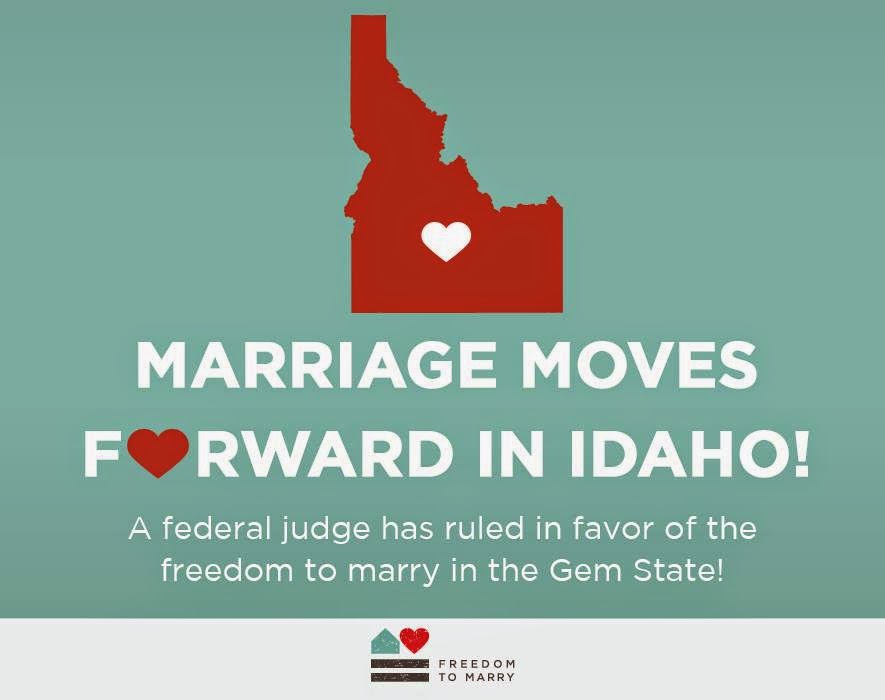 It's like a logjam has broken, and now there is a torrent of federal judges willing to recognize that the Fourteenth Amendment means what it says -- that all American citizens have equal rights under the law (even if that upsets politicians and religious bigots). On Tuesday, U.S. Magistrate Judge Candy Dale struck down Idaho's constitutional amendment (passed in 2006) denying same-sex couples the right to marry. Judge dale wrote:

“This case asks a basic and enduring question about the essence of American government: Whether the will of the majority, based as it often is on sincere beliefs and democratic consensus, may trump the rights of a minority... Idaho’s marriage laws deny same-sex couples the economic, practical, emotional, and spiritual benefits of marriage, relegating each couple to a stigmatized, second-class status. Plaintiffs suffer these injuries not because they are unqualified to marry, start a family, or grow old together, but because of who they are and whom they love."

It is becoming ever more likely that the United States Supreme Court may finally be forced to make a decision regarding the constitutionality of same-sex marriages -- a decision they have been avoiding for several years now. We can be sure that the losing side in all of those appeals court decisions will try to take their case to the Supreme Court -- and if any two of those courts disagree, then the Supreme Court will be forced to take the case up and finally make a decision.
Posted by Ted McLaughlin at 12:02 AM