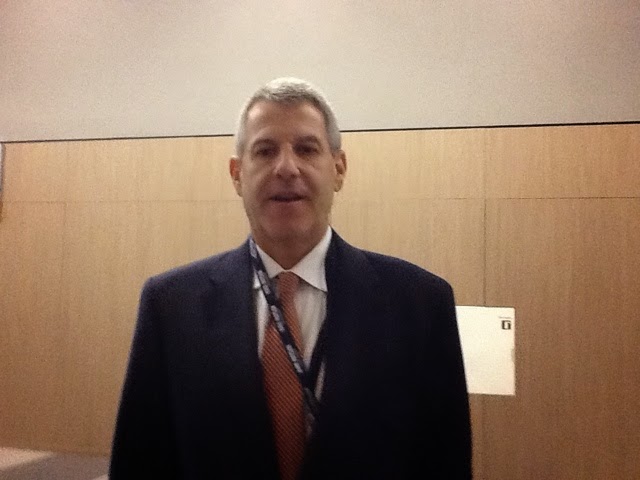 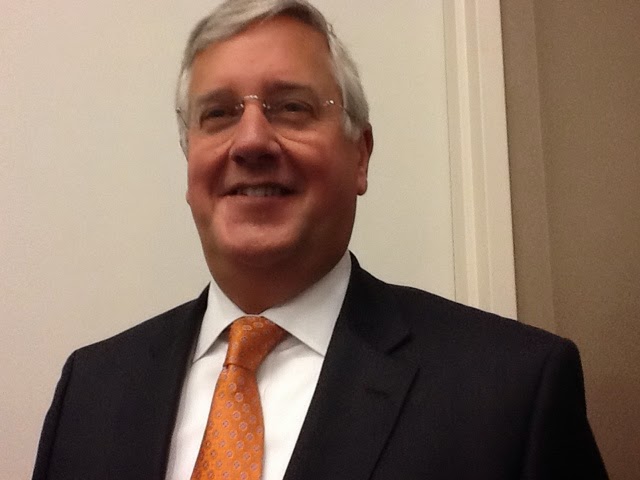 We had a fairly good turnout in the West Texas caucus (which covers all of Texas west of Interstate 35 -- about 129 counties, most of them rural). Maybe the West Texas Democrats are finally starting to get their act together, or maybe this year's slate of statewide candidates has them energized.

A couple of those statewide candidates dropped by the caucus and gave short speeches (and were nice enough to pose for pictures). The top picture is of Sam Houston, who is running for Attorney General. Houston felt at home in this conference, since he is from West Texas himself (Colorado City). Houston is a good progressive Democrat, who will return the focus of the Attorney General's office to helping Texans instead of just opposing President Obama and protecting corporate interests (which is all the current Attorney General cared about).

The bottom picture is of Mike Collier, who is running for the office of State Comptroller. Collier is a bit conservative for my taste, but that is probably a good thing for the position of comptroller (who oversees taxes and spending for the state). And he's a CPA. This guy ia as qualified for the office he's seeking as any candidate of any party running this year.

I think both of these guys are good candidates, and only strengthen the statewide ticket led by Wendy Davis and Leticia Van de Putte.
Posted by Ted McLaughlin at 12:04 AM