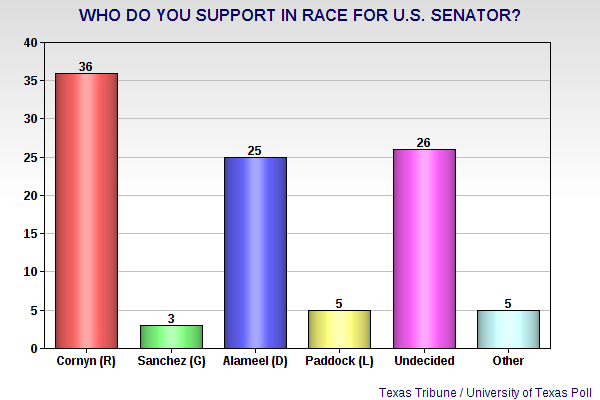 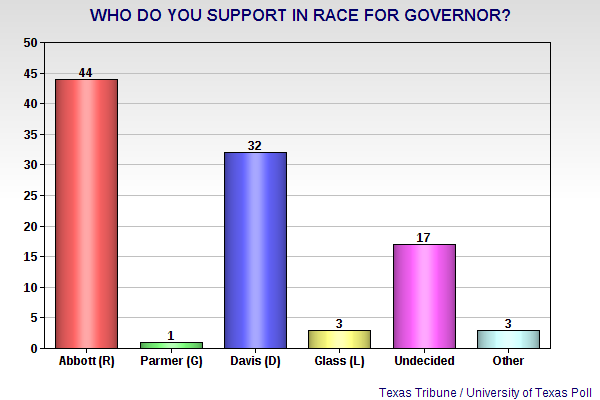 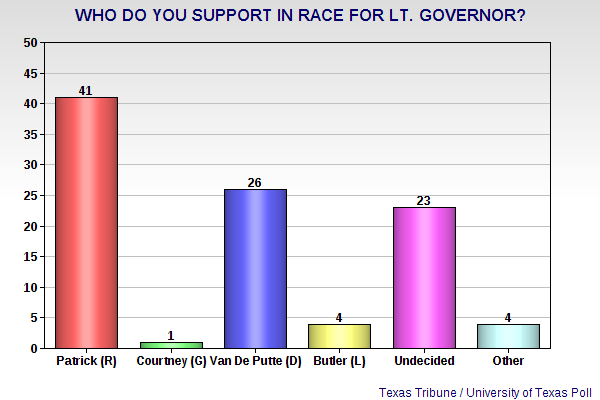 The newly released Texas Tribune / University of Texas Poll (taken between May 30th and June 8th of a random sample of 1200 Texas adults, with a margin of error of 2.83 points) won't make the state's Democrats very happy. It shows the party's statewide candidates are trailing badly in all races -- and could be shutout of any statewide office for another four years.

I'm sure there will be some who disparage the results of this survey, but unhappily, I think it is probably pretty accurate right now for those statewide races. And I believe it is because the candidates on the top of the ticket have not made it clear that they offer a real change from the Republicans (who have been governing Texas for over 20 years now). A quick look at their websites show they are trying to position themselves as moderately conservative -- just not as extreme as the GOP candidates.

This is the same mistake Democrats have been making in Texas for over 20 years now -- and it has led to a series of crushing defeats. I find it amazing that the state party, and the party's candidates, cannot realize they are trodding the same old path to defeat.

The Democrats need to do something to get a large portion of that other 65% to 68% of registered voters to the voting booth. And the only way to do that is to show them that the Democrats offer a real change -- that they are not conservative wannabes, but real progressives who proudly support progressive values and policies. They need to make it clear that they support policies that will benefit the people, and not just the corporations.

Coming out as real progressives offering a real change for the state might or might not lead to a victory -- but it would at least give Democrats a chance to win (and it would make for a much more exciting election). But we do know one thing (or should know it by now) -- continuing to be afraid to run on real progressive values is just a sure ticket to another defeat.

There are still a lot of undecided voters in every race. Unfortunately, most of them will stay at home unless the Democrats give them a good reason to go to the polls on election day.

Here are the survey charts on down ballot races: 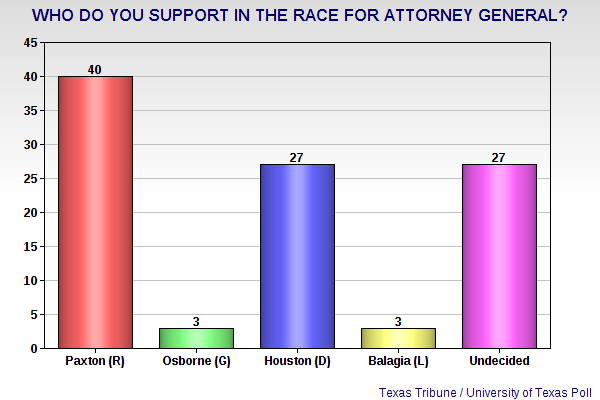 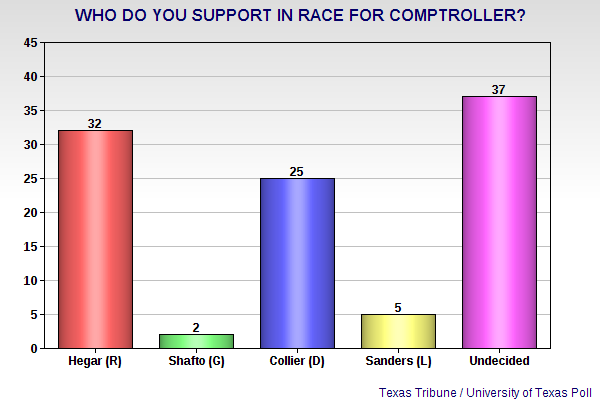 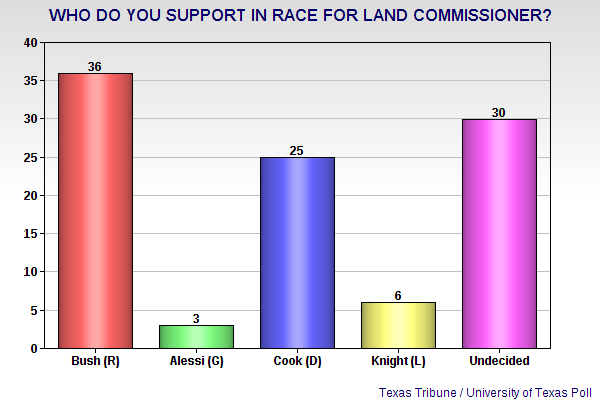 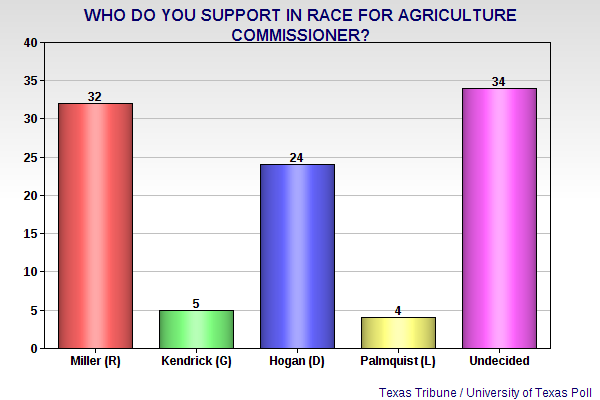 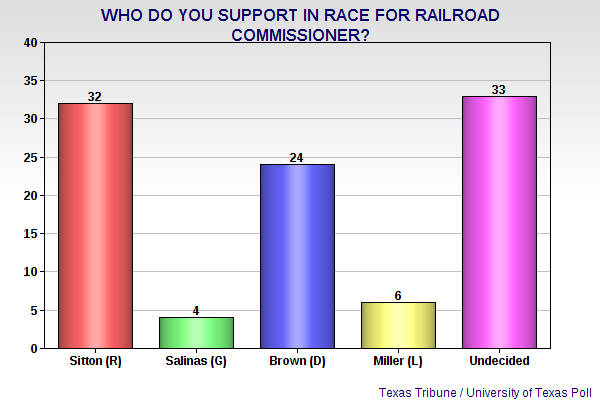