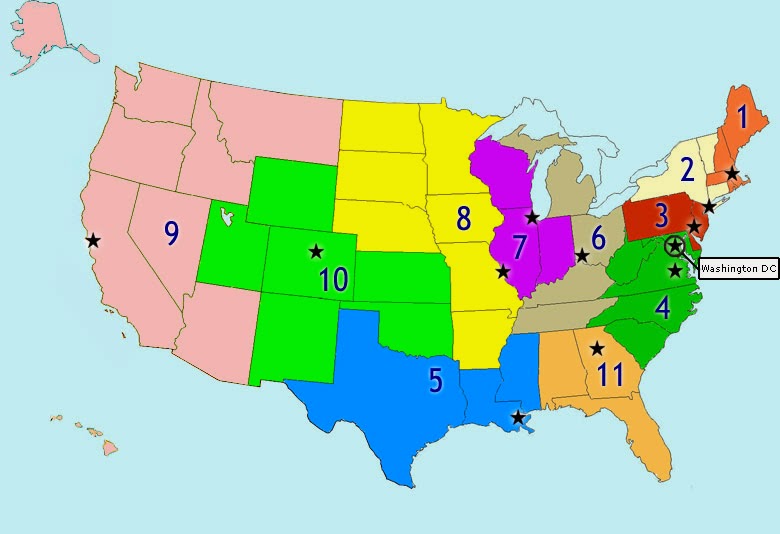 Numerous states have had their bans on same-sex marriages overturned by federal judges in the last few months. Those decisions were appealed to various Circuit Courts of Appeal, and we have been waiting for those appeals court decisions. A few days ago, the 10th Circuit Court of Appeals ruled on the Utah decision -- and they upheld the lower court decision, declaring the state ban on same-sex marriage was unconstitutional (violating the Fourteenth Amendment), and the state had not shown a compelling reason to ban those marriages.

Now a second appeals court has ruled on this matter. A three-judge panel of the 4th Circuit Court of Appeals has upheld the lower court decision that Virginia's ban on same-sex marriage was unconstitutional. Appeals court Judge Henry F. Floyd wrote:


“Civil marriage is one of the cornerstones of our way of life. It allows individuals to celebrate and publicly declare their intentions to form lifelong partnerships, which provide unparalleled intimacy, companionship, emotional support and security.”
“The choice of whether and whom to marry is an intensely personal decision that alters the course of an individual’s life. Denying same-sex couples this choice prohibits them from participating fully in our society, which is precisely the type of segregation that the 14th Amendment cannot countenance.”
The decision was stayed for 21 days to give the state time to appeal -- either to the full court, or the U.S. Supreme Court (more likely). Now the Supreme Court is looking at decisions from both the 10th and 4th Circuit Courts of Appeal, both of which they are likely to be asked to consider.

I expect the Supreme Court to wait for a while before deciding whether to accept any of these cases or not, to see what happens in some of the other Circuit Courts of Appeal. If the other appeals courts decide the same way (that same-sex marriage bans are unconstitutional), they could just let those decisions stand and become law. But if even one appeals court decides to uphold the bans, then the Supreme Court will have to accept at least one case and finally make a decision on this matter.

I am hopeful, considering the court's decision about DOMA and Prop 8, that at least five votes can be attained to support equal rights and toss out all state bans on same-sex marriage. And by this time next year, that could be a reality.
Posted by Ted McLaughlin at 12:06 AM