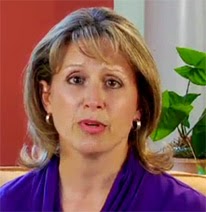 Considering the number of times the Republican officials shoot themselves in the foot, I'm amazed that any of them can still walk (or get re-elected).

It seems that it has finally gotten through to Republicans that they aren't doing too well with women. They also aren't doing well with minorities and young people, but they seem to have given up trying to appeal to those groups (and now just are trying to keep them from voting). But that effort won't work with women. They outnumber men, and tend to vote in larger numbers.

So the Republicans decided they needed to do something to appeal to female voters, and to figure out what to do (it never occurring to them to change their anti-women policies) they had five elected GOP women meet to find a solution.

They decided that Republicans just needed to act nicer on the campaign trail, and tell more stories to illustrate the wonderful Republican policies. In other words, women aren't smart enough to understand the Republican policies, so the GOP men need to be nicer and explain it so the women can understand.

And one of those officials, Republican Rep. Renee Ellmers of North Carolina (pictured), actually put those thoughts into words -- saying women just don't understand all the pie charts and graphs the Republicans use when speaking (and don't have the time to try and understand since they take so much more time to get ready in the morning). It just shows how little respect Republicans have for women (since even a small child can understand a pie chart). Ellmers said:


“Men do tend to talk about things on a much higher level. Many of my male colleagues, when they go to the House floor, you know, they’ve got some pie chart or graph behind them and they’re talking about trillions of dollars and how, you know, the debt is awful and, you know, we all agree with that.”
“We need our male colleagues to understand that if you can bring it down to a woman’s level and what [sic] everything that she is balancing in her life — that’s the way to go.”
Now it is obvious that while most women are very smart (probably smarter than most men), Ellmers is not the brightest bulb among the female population. But it is downright sad that her obvious mental deficiencies have led her to accept the Republican mantra that women are just not as smart as men, and need men to take care of them and explain complicated things like politics and religion for them (especially old white men).

I'm not surprised though. Republicans have always thought that women should be second-class citizens -- undeserving of equal rights (or equal pay). And as long as they pursue their anti-woman policies, they will have trouble getting women's votes (and that's as it should be). They can talk nicer and talk down to women, but until they change their anti-woman policies and attitudes they will never get a majority of women to vote for them.
Posted by Ted McLaughlin at 12:06 AM