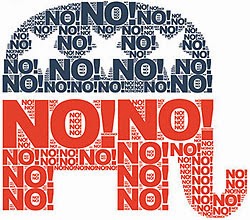 Senator Bernie Sanders (I-Vermont) has always had a knack for getting to the heart of a matter, and exposing the truth. This is what he had to say in an interview with Larry King:

"I would say my main criticism of Barack Obama is that he seemed to think when he came in, and in the ensuing years, that he could negotiate with right-wing extremists who really had no intention of ever negotiating. When you’re in politics, Larry -- and I’ve been in politics a while -- negotiation is part of what politics is about. But you cannot negotiate with people who refuse to negotiate, who really want to politically destroy you."

Sanders is exactly right. The right-wing in this country, driven by a lot of racism, has tried to label President Obama as some kind of socialistic tyrant. That is ridiculous. President Obama is now, and always has been, a moderate (in the tradition of Bill Clinton and Jimmy Carter). He is also a nice person. But he was more than a little naive when he took office.

President Obama actually thought that that if he reached out in a friendly way to Republicans, and promoted moderate policies, then common ground could be found and compromises reached that would be good for the country. After all, that is what has happened in the past. Take President Clinton for example. He had to deal with a Republican Congress, but by pursuing moderate policies and reaching across the aisle to cooperate with Republicans, compromises were found that benefitted the country and kept the economy going (creating over 20 million jobs).

But President Obama underestimated the depth of racial hatred in the GOP's base -- an irrational fear of having an African-American president. And that racism filtered up and affected the congressional Republicans. Those on the extreme right immediately made the decision to oppose everything the president tried to do -- even if it was a moderate idea originally created by members of their own party, like the Affordable Care Act (which was created by Republican senators as an alternative to Hillary Clinton's health care reform plan). Even those few moderates in the party found they could not compromise with the president without angering their base, and capitulated.

I wish the president had realized earlier, as many progressives did, the true depth of hatred that the GOP racists had for him. If he had, maybe he could have pushed harder, and gotten more done, in the first couple of years of his administration, when he had a Democratic majority. But he didn't. He was just too nice and too decent, and still believed that rational people could find compromises. He did not understand at the time that rationality no longer existed in the Republican Party, but had been replaced by racial hatred.

When the president was elected, there were those who said it indicated the nation was entering a post-racial period. They were wrong. What it did was expose the large amount of racism that still plagues this country.

(The image above was found at Mother Jones.)
Posted by Ted McLaughlin at 12:08 AM