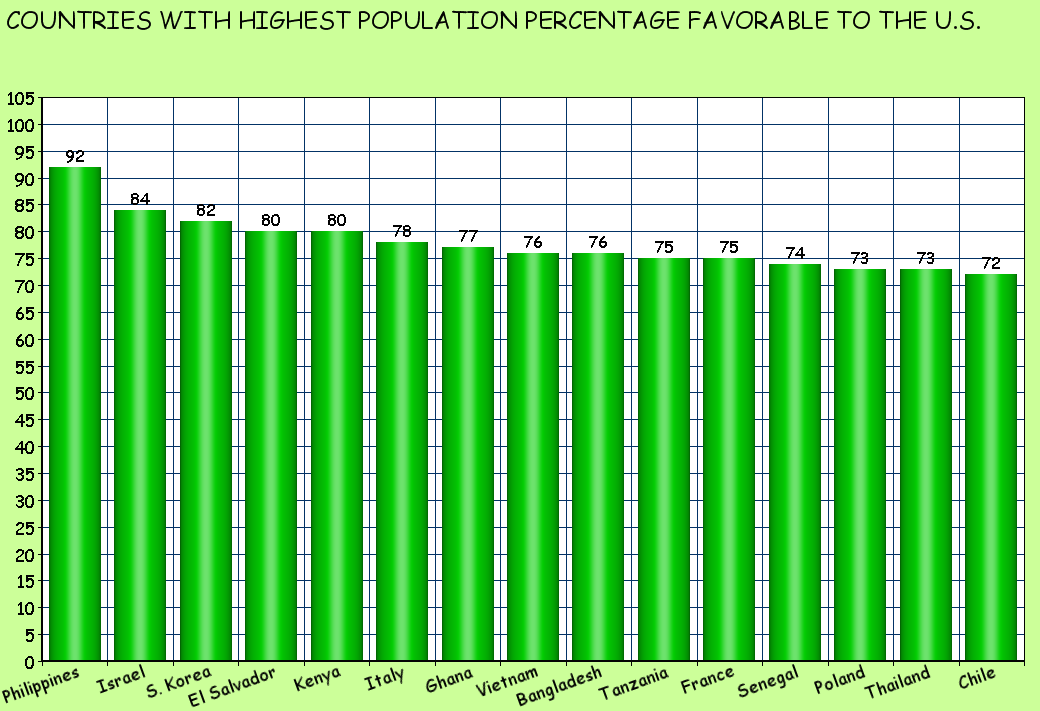 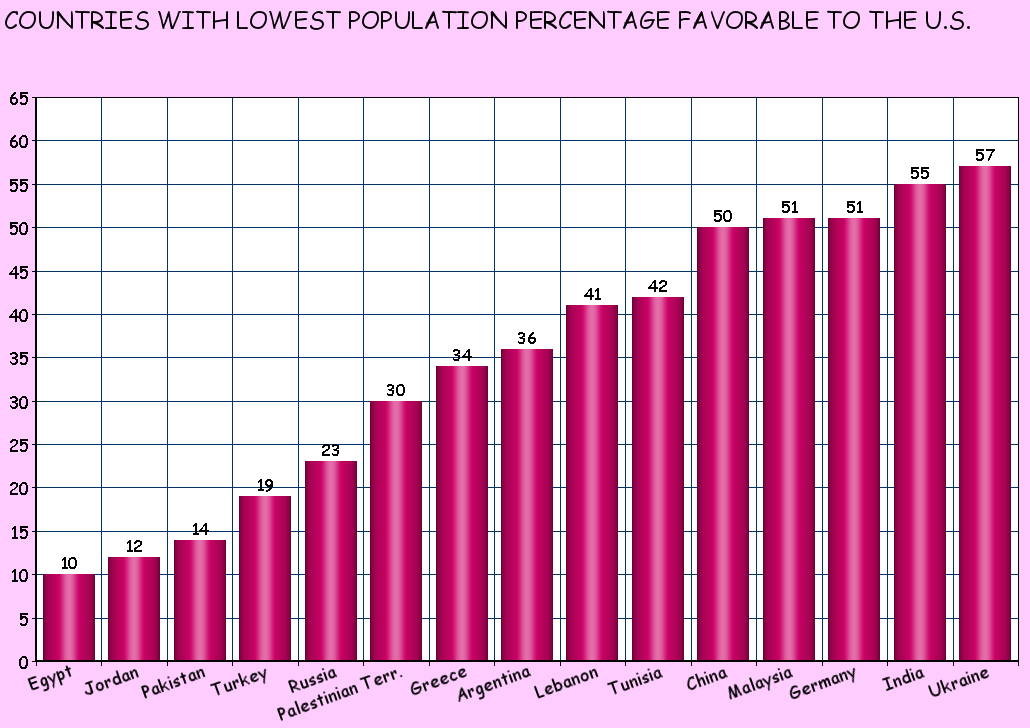 The charts above were made from the Spring Pew Research Center's Global Attitudes Survey. They surveyed 1,000 or more people in 43 different countries about their attitudes toward the United States (either favorable or unfavorable). The margin of error for the survey is about 3.5 points. The charts show the percentage of each countries population that holds a favorable view of the United States -- and include the 15 countries with the highest and lowest percentages.

There were some surprises for me. Most notably was the absence of the United Kingdom from the chart showing the highest favorable percentage. We normally think of them as being our best ally and closest friend, but evidently they don't see us the same way. Only 66% in the United Kingdom had a favorable opinion of the United States -- significantly lower than Italy (78%) and France (75%). Spain also failed to make the top 15 list -- coming in at only about 60%.

Three other nations were also surprises. Most Americans consider Germany, Greece, and India to be friends -- but all three nations were among the 15 nations with the lowest opinion of the United States. Only slightly more than half of those in Germany (51%) and India (55%) had a favorable opinion, and only about a third of those in Greece (34%) had a favorable opinion.Other nation's with a surprisingly low percentage were Mexico (63%), Japan (66%), Brazil (65%), Colombia (64%), and Argentina (36%).

China, considered to be an enemy by many Americans, was a pleasant surprise. About half of the Chinese (51%) have a favorable opinion of the United States. But the biggest surprise of all was Vietnam, where slightly more than three out of every four citizens (76%) viewed the U.S. favorably. Evidently, many of them have forgiven us for the Vietnam War.
Posted by Ted McLaughlin at 12:04 AM