Why Aren't Davis And Abbott Talking About Abortion ? 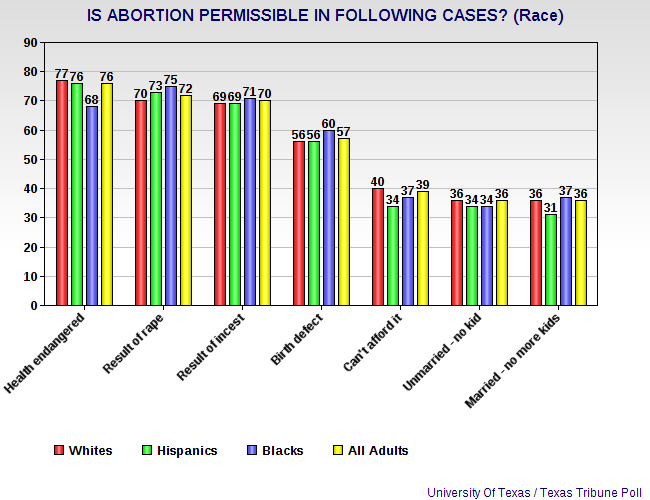 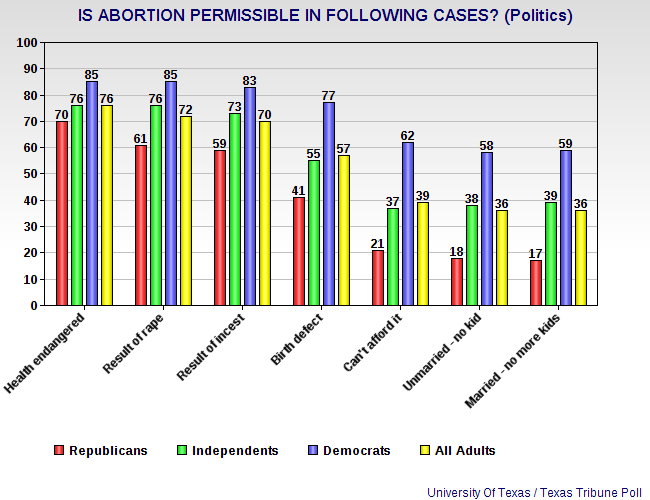 The Democratic Party in the United States supports a woman's right to choose whether she will get an abortion or not (with no interference from the state). The Republican Party believes just the opposite. They would like to overturn Roe vs Wade and once again outlaw abortion in this country.

But there's a strange thing happening in the Texas gubernatorial race. Neither candidate seems to want to discuss this issue at all. While Texas Republicans have done their best to stop abortions in the state (most recently passing a law that shuts down nearly all clinics in the state that perform abortions), Greg Abbott has been very vague about just where he stands on the issue (and would prefer not to talk about it at all). And while Wendy Davis made her name by filibustering that Republican bill, she has also been silent on the issue (not even listing it as an issue on her website).

Why are these candidates trying to avoid this issue? It's certainly not because it is no longer a divisive issue in this country. Even in Texas, evangelicals are still trying hard to make getting an abortion more difficult for women, while liberals are fighting hard against any new restrictions. Both the pro-choice and anti-choice forces are just as passionate about their beliefs as ever.

A recent poll taken of Texans could provide the answer. It is the University of Texas / Texas Tribune Poll -- done between May 30th and June 8th of 1,200 registered Texas voters (with a margin of error of about 2.83 points).

One thing the survey showed is that there is little difference between Texans of different races on the issue. Whites, Hispanics, and Blacks all agree (with significant majorities) that abortion should be allowed in four cases -- when the health of the mother is in danger, when the fetus is the result of a rape, when the fetus is the result of incest, and when there is a possible serious defect in the fetus. They also agree (with just as significant majorities) that abortions are not justified for three other reasons -- that the parents can't afford the baby, that the woman is unmarried and doesn't want a child, or that the woman is married and doesn't want another child.

There is a significant difference among the political preferences. Democrats would give women the right to choose an abortion in all seven cases, while Republicans would do so only in the first three cases. Independents agree with adults in general that it should be permitted in the first four cases, but not in the last three.

So what does this tell us about Texas voters? It tells us that they do not agree with the position of either party. They are somewhere in the middle -- wanting abortion to remain legal for some reasons, but not wanting it available for all reasons.

This is why both Republican Greg Abbott (who supports the evangelical position) and Democrat Wendy Davis (who has filibustered in favor of the liberal position) are treating this issue like it was radioactive. Both of them know that campaigning on their beliefs would probably lose them more votes that they would gain -- because the majority of Texas voters don't agree with either candidate.
Posted by Ted McLaughlin at 12:04 AM