Why Isn't The Corporate Media Reporting This Story ? 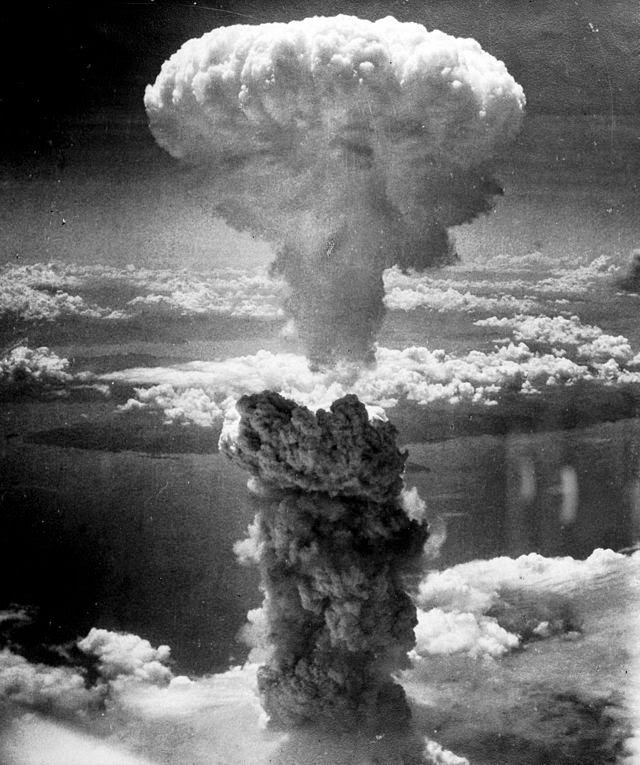 This image is of the mushroom cloud produced by the nuclear bomb dropped on Nagasaki at the end of World War II. It is also the image that Republican neo-cons are using to drum up support for a war with Iran.

For a couple of years now, they have been trying to scare Americans with the image of Iran with nuclear weapons. They want us to believe that Iran is in the process of building nuclear weapons, and when they succeed, they will pose a danger to the United States -- even though they have no way of delivering such a weapon that far.

They have used this fear of a nuclear weapon- possessing Iran to build up the military budget even more (although we were already spending 45% of the total money spent on military budgets worldwide, and more than the next 15 biggest spenders combined). They want us to believe we have to spend this money and attack Iran, or we will face nuclear devastation.

But if Iran was really such a threat in the recent past, enough to make many Republicans (and some deluded Democrats) call for a new war, then I have to wonder why the following story hasn't been widely reported by the U.S. media. The BBC considered it important enough to be front page news. Here is what they reported:


Iran has turned all of its enriched uranium closest to the level needed to make nuclear arms into more harmless forms, the UN nuclear agency says.
The conversion of its stock of 20%-enriched uranium was part of a deal to curb Iran's nuclear programme.
The US said last week it would unblock $2.8bn in frozen Iranian funds in return for Iran's compliance.
A four-month extension to talks on Iran's nuclear ambitions was agreed on Friday between Iran and world powers.
The talks are aimed at persuading Iran to limit its nuclear programme in exchange for the lifting of sanctions.
The six world powers involved in the talks - the US, France, China, Russia, Germany and the UK - suspect Iran seeks atomic weapons, which Iran denies.
The country insists that it is enriching uranium for use in nuclear power stations and for medical purposes.
Correspondents say Iran's completion of eliminating its most worrying uranium stockpile is a promising sign that its leaders do not want to derail the diplomatic process.
A new report from the International Atomic Energy Agency (IAEA) says Iran is observing all of its other commitments as well.
Iran had more than 200kg of 20%-enriched uranium when the preliminary agreement to convert it was reached last November.
At 20%, enriched uranium can be converted quickly to arm a nuclear weapon and experts said 200kg was enough to make one nuclear warhead.
But while the story was widely reported in Europe and Australia, it has been ignored by the corporate media in the United States. Why? Doesn't it seem like the prospect of peace, of avoiding a costly war with Iran, should be big news -- especially considering all the coverage of the possible nuclear weapons program in Iran?

Could it be that the corporations in the military-industrial complex don't want the story reported (because Americans might come to their senses and demand the bloated military budget be cut)? Could it be because it doesn't fit the narrative being proposed by the Republicans (and their corporate backers), and might hurt their chances in the upcoming election?

This is a prime example of what's wrong with our major media outlets. They only give us the stories approved by their corporate owners. Truth in reporting and good investigative reporting are things of the past -- things that are not tolerated in a media owned by only a few giant corporations (who are only interested in protecting their own interests (and the politicians they have bought).
Posted by Ted McLaughlin at 12:02 AM